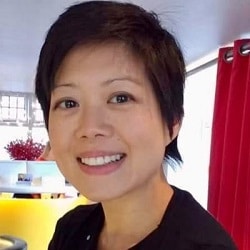 Soon: Building the evidence on wellbeing in the profession

Solicitors have an even lower sense of psychological wellbeing on average than notoriously hard-pressed schoolteachers, according to research announced today to coincide with national Time to Talk day – an event held to promote speaking out about mental health.

The benchmarking study found teachers, some GPs and vets all ranked higher than lawyers. while more senior solicitors had better wellbeing then junior ones.

The research, carried out by Birkbeck psychology PhD student and former practising solicitor Lucinda Soon, compared 340 trainee and qualified solicitors using a recognised measure of wellbeing against recent NHS data on the general population and other data on UK occupational groups.

Solicitors scored 44.3 on the scale, five points lower than the national average of 49.9. Teachers scored 47.7, veterinary surgeons 48.9, and GPs in Northern Ireland 50.2.

The study also found female solicitors had “significantly” poorer wellbeing than their male counterparts. The author declined to speculate on reasons for this.

Wellbeing was lowest among solicitors with between five and 15 years’ PQE, followed by trainees and junior qualified lawyers, with more senior lawyers faring best.

This made sense because the factors most important to good psychological wellbeing, the study said, were autonomy at work, being connected and socially supported, and whether they were perceived to be effective.

Speaking to Legal Futures, Ms Soon, who would only reveal she practised in the City, regional firms and in-house but not exactly where, said she had experienced “the pressures of legal practice” and was now committed to examining wellbeing and the profession in order “to help build the evidence”.

She explained: “With evidence, we can fully understand how we can change and improve. Bridging that gap between researcher and practitioner is what I aim to do.”

She said no firm conclusions should be drawn as to why women showed lower wellbeing than men. “We might speculate multiple possible reasons but without the evidence, we would just be guessing.”

She was also reluctant to endorse the often-heard view that Millennial lawyers were willing to walk away rather than accept unduly stressful work. “I would be cautious about drawing any conclusions on this without the evidence to back it up.

“Currently, there is little evidence of generational differences, whether in law or other sectors.”

Equally, she was uncertain about whether firms were paying sufficient attention to wellbeing issues. She said: “There has been an increase in awareness of wellbeing in the legal profession, which is very much a good thing.

“We now need to build the evidence on ways we can improve and sustain lawyers’ wellbeing.”

Summing up the study, the author said: “These findings present a case for looking beyond individual-level factors of mindfulness and resilience.

“Psychological needs satisfaction in the workplace was the strongest predictor of solicitors’ wellbeing, so the question arises: how can firms and organisations improve satisfaction of those needs?

“To answer this, we need to start looking at the bigger picture, encompassing the work environment and culture in which solicitors practise.”

“The time is now to address the culture and working practices in law that can lead to poor wellbeing, and build the social capital in the legal community to create positive change.”

Nick Bloy, founder of Wellbeing Republic, who helped produce best practice wellbeing guidance on behalf of the Law Society, added: “The results expand upon the worrying trends seen at the junior end of the profession and provide new insights into how we might be able to better support the wellbeing of lawyers beyond resilience and mindfulness training.”

Detailed findings from the study will be submitted for publication in a peer-reviewed journal in due course.