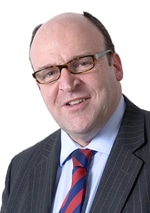 The effects of the planned changes to the taxation of LLPs will be “far harsher than originally expected” and could put a significant strain on finances come April, solicitors have been warned.

Leading accountants Baker Tilly said it had urged HM Revenue & Customs (HMRC) to give law firms more time to increase partner capital contributions given the possible difficulties in financing them before 6 April.

Under the planned changes, a member of an LLP would be treated as an employee for tax purposes if they performed services for a fixed fee or a fee unrelated to profits, they did not have significant influence over the LLP’s affairs, and if the member’s contribution to the LLP was less than 25% of the disguised salary.

The HMRC consultation runs until 4 February, but George Bull, head of Baker Tilly’s professional practices group, said discussions with HMRC are “already revealing areas where the new rules may benefit from modest relaxations before they come into force from 6 April 2014. It’s also become clear that some effects of the new rules will be far harsher than originally expected”.

He said firms are looking to change their internal arrangements so that members continue to qualify as self-employed whether by virtue of a variable profit share, voting rights or capital contribution.

Mr Bull said the initial indicators from HMRC – although by no means written in stone yet – were that while bonuses paid to members in recognition of personal performance will not be treated as variable profit share, a points-based profit sharing system which allocates points based on merit will generally qualify as a means of ‘slicing the cake’.

Given that many firms do not want to change established partner compensation or governance arrangements, they are instead looking at increasing partner capital requirements.

“While this too is a somewhat retrograde step, in that it shifts the balance of finance obligations away from a firm and on to its members, many firms see it as the least awful of three unattractive alternatives,” he said.

“Nevertheless, banks will be hard-pressed to deal with all the refinancing requests they will receive from firms in the run-up to 6 April. Many firms will find that they are unable to conclude new capital arrangements until well after the tax start date of 6 April. Others may find banks unwilling to change their lending terms in any way.

“Members of firms with a 30 April accounting date could find themselves paying income tax for 2013/14 on 23 months’ profits,” Mr Bull said.

“This, coupled with the subsequent acceleration of income tax liabilities under PAYE, and the increased NIC charge, could severely damage the cash flow of many firms who are already struggling with financial stability. As yet, the Solicitors Regulation Authority has not expressed a view, but may reasonably be expected to do so. We are pressing HMRC to provide relief from this.”