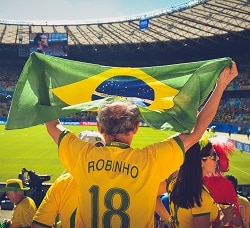 Three solicitors, including a former senior partner and managing partner, have been suspended by the Solicitors Disciplinary Tribunal (SDT) for their roles in a collapsed Brazilian property investment scheme.

The ruling comes in the wake of a major campaign by the Solicitors Regulation Authority to warn the public about solicitors giving credibility to high-yield investment schemes.

The solicitors were based at Black Country firm Sanders & Co, which closed this summer.

The firm operated an escrow account on behalf of Ecohouse in which it received, held and distributed money on behalf of investors following the receipt of ‘triggering’ documents from Ecohouse.

Over two and a half years it received £33.7m into the escrow account and deducted a total of £714,730 in fees from 849 investors in the scheme. Some 163 received the investment back plus the expected profit, of whom 71 reinvested in Ecohouse.

Ecohouse suspended its worldwide operations in November 2014, following the intervention of the Brazilian police, the SDT ruling said. A statement filed at Companies House by liquidators in January 2015 recorded the company’s debts as over £21.4m.

The SDT found that Michael John Davies, senior partner of Sanders & Co, and managing partner Clare Louise Taman, had failed to act with integrity in acting for both Ecohouse and the investors in a situation where there was a conflict of interest.

They had also failed to act with integrity in permitting payments into and transfers or withdrawals from the firm’s client account “which were not related to an underlying legal transaction or a service forming part of their normal regulated activities”.

The SDT said: “The tribunal noted that on the basis of reassurance provided that a firm of solicitors was managing the escrow account, investors had invested significant sums of money in the scheme.

“The firm’s involvement gave credence to the scheme. The tribunal recognised that the investors had suffered a substantial financial loss, having derived some comfort from the fact that the escrow was held by a solicitor.”

However, the tribunal accepted the solicitors’ arguments that they should not be struck off because of an “element of concealment” on the part of the third solicitor it suspended for a year, Charles Valentine Fraser-Macnamara, of his involvement with Ecohouse.

The SDT said Mr Fraser-Macnamara had been a sole practitioner before his firm was bought by Sanders & Co in January 2012, and he became a self-employed consultant. By May 2013, his consultancy agreement with the firm was terminated.

The SDT heard that Mr Fraser-Macnamara received £200 for every day he worked for Ecohouse, “as well as receiving £49,000 in consultancy fees from the firm relating to Ecohouse work”, calculated on a per file basis.

The tribunal said every time Sanders & Co signed up an investor, Mr Fraser-Macnamara “would receive money”, at the same time as being a nominee director of Ecohouse.

“In assessing the level of harm caused, the tribunal noted that it was [Mr Fraser-Macnamara] who had introduced investors to the scheme. However, he had taken a step back and the collapse of the scheme itself was not directly attributable to him.

“There was inevitably harm caused the reputation of the profession by his lack of integrity in circumstances where he had been paid by both sides. The potential for harm to be caused to individuals was obvious.”

The fourth solicitor before the tribunal, Mr Fraser-Macmara’s daughter, Katherine May Fraser-Macnamara, was not suspended. Making no order against her, the SDT said that “at the very start of her career” she had been “swept along by more experienced solicitors”.

All four solicitors admitted the conflict of interest charge. Mr Davies and Ms Taman were also found to have “involved themselves and the firm in a complex overseas investment scheme that was outside their or the firm’s area of expertise and experience and where there was no legitimate need for the involvement of a firm of solicitors”.

Mr Fraser-Macnamara was additionally found to have acted without integrity because of the conflict of interest.

The SDT said Mr Davies and Ms Taman’s motivation for the misconduct had been the financial success of the business, albeit they did not appreciate the amounts of money involved at the start of the process.

“While they certainly saw enough financial gain to obtain the position they did, this was not their prime motivation. The misconduct arose during the course of the dealings with Ecohouse and to a certain extent amounted to reactive misconduct.

“They had failed to appreciate the risks from the start and became conscious of them once the scheme started to go wrong. They then made the decision to persist, trying to balance conflicting interests between two clients. By the very nature of a conflict of interest there was an element of a breach of trust but not at the highest level.”

Mr Fraser-Macnamara’s culpability was greater, the SDT said, “but it took place over a shorter period and he only faced one allegation.”