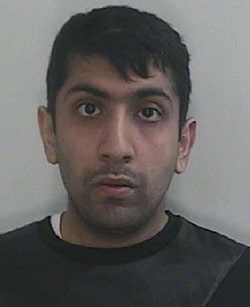 Suleman: “Very sorry” for his crimes

Two solicitors have been struck off for their role in an insurance fraud that cost victims £426,000.

They were jailed for four years and two years respectively for conspiracy to defraud by false representation.

The criminality first came to light in September 2012, when Suleman, who was working at Faleys Solicitors in Blackburn, made a claim on behalf of his wife, after her Mini Cooper fell from a ramp when it was being repaired.

The car was written off and Suleman submitted a claim to NIG Insurance via Farleys, bypassing the firm’s procedures. He also claimed for solicitors’ fees and the hire of a vehicle from Matrix Car Hire, which purported to be controlled by another of the defendants in the criminal case.

It was later found that the hire vehicle was in fact being advertised for sale at a car dealership in Kent, and neither the dealership nor the new buyer knew anything about the defendants.

Insurer NIG queried the claim and referred the case to IFED in April 2013 and an investigation was launched.

The following year, Suleman was arrested and his house searched, with files on his computer showing he was involved in a number of fraudulent medical insurance claims.

Further examination of Suleman phone led detectives to arrest Salya in February 2015. He was found to be a key player in ReplaceMyCar, a fraudulent hire care company that Suleman had named when making false claims.

Suleman – who was still in prison at the time of the hearing – accepted that he would be struck off, although he previously told the SRA that his “mistakes were out of character and due to a lack of effective supervision from my employer”.

Suleman told the tribunal: “I am very sorry for the crimes that I have committed, which has [sic] brought the profession into disrepute. I hope that one day I can make amends and try to put right the harm I have done.”

Salya, however, continued to protest his innocence, saying that key evidence that should have been put to the jury had been “suppressed”.

He claimed that this evidence “would have shown that not only was there no conspiracy but that I had no knowledge of the conspiracy”.

However, the SDT said it was not the tribunal’s role to go behind the conviction – any new evidence would be for the Court of Appeal to consider.

The SDT quoted the trial judge, His Honour Judge Aubrey QC, recounting a victim impact statement from a partner at Farleys.

The judge said: “He makes reference to the damage to their reputation. Further, over 1,000 partner hours have been expended in the review of clients’ files and the increase in their professional indemnity insurance is quite frankly staggering.”

In a statement issued after the convictions, Farleys thanked the police for their work. “As a solicitor, Mr Suleman was required to conduct himself with integrity and to the highest professional standards.

“Instead, he conspired with others to embark on a complex fraud, letting down his clients, the good name of Farleys and the solicitors’ profession.

“We have ensured that no client has suffered any financial loss as a result of his conduct.”