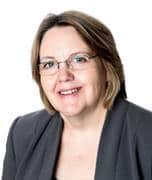 Law firms should be braver in asking potential clients for work and making sure they follow up leads, the new chair of LawNet has said.

“As a profession we don’t like asking for work,” Ms Carr said. “We don’t like selling things and want to avoid the hard sell.

“What we’ve found is that people who contact reception don’t mind if we check in with them later and ask if they still need help.”

Ms Carr said LawNet, which has 67 member firms, had been using mystery shopping to help firms improve customer service for the last 12-18 months. She said the research, carried out by Sussex-based Shoppers Anonymous, could take the form of phone calls, web enquiries or walk-ins and discussions with fee-earners.

Ms Carr said that in her own firm, following a mystery shopping exercise, steps were taken to make sure that details were taken of people who contacted reception, which could then be followed up.

The firm also ensured that receptionists gave their names to potential clients and remembered to use client names.

Ms Carr said that instead of using a name to build a brand, like QualitySolicitors, the network sought to differentiate its members by insisting they had LawNet’s ‘mark of excellence’, which is linked to its own ISO 9001 standard.

She said the fact firms shared a uniform quality standard helped LawNet negotiate indemnity insurance for its members – which had a combined revenue of over £250m a year.

Ms Carr added that, with the economic recovery, members seemed to be growing in confidence, although a clearer view would be obtained shortly through the network’s benchmarking survey.

Mystery shopper research revealed in September that 60% of conveyancing firms refused to give quotes [2] over the phone and, whether they did or not, the majority failed to follow up calls by potential clients.