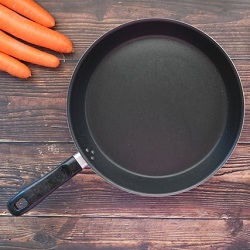 A solicitor who hit a person around the head with a frying pan, and another who tried to use a settlement agreement to prevent disclosures to HMRC, have been rebuked.

According to a notice published this week by the Solicitors Regulation Authority (SRA), Kamaljit Singh Bains was on holiday last year in Bangor, Wales when “he became involved in an argument with a member of the public and struck them around the head with a frying pan”.

He was arrested at the scene, but the member of the public did not want to support a criminal prosecution for assault.

Mr Bains was instead charged under section 4A(1) and (5) of the Public Order Act 1986 – causing intentional harassment, alarm or distress.

He pleaded guilty and was convicted at Caernarfon Magistrates’ Court, which fined him £1,760 and imposed a victim surcharge of £176 and costs of £85.

He notified the SRA of his conviction and admitted that he had failed to behave in way that upheld public trust and confidence in the profession.

In mitigation, Mr Bains said the member of the public did not sustain an injury, it was an isolated incident, he pleaded guilty and has paid the fine, and co-operated with the SRA’s investigation.

The regulator said a rebuke was appropriate because “the conduct was reckless as to the potential risk of harm, Mr Bains had direct responsibility for his conduct, and it creates a credible deterrent to Mr Bains and others”.

Separately, Justin Roy Emerson, a partner at Chelmsford firm Gepp & Sons, has been rebuked after drafting a client settlement agreement that attempted to prevent an individual and a company from making disclosures to HM Revenue & Customs.

This also failed to uphold trust and confidence and also breached paragraph 7.5 of the SRA Code of Conduct, which requires solicitors not to attempt to prevent anyone from providing information to the SRA or any other body exercising regulatory, supervisory, investigatory or prosecutory functions in the public interest.

The misuse of non-disclosure agreements has been an issue of intense scrutiny in recent times.