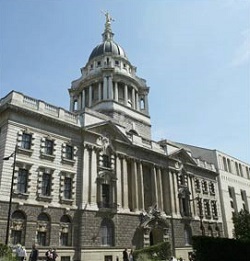 A tribunal has rejected a solicitor’s plea not to strike him off so he could rebuild his life after being convicted of taking £100,000 from people who thought they were investing in vintage wines.

Michael Lloyd Wilson said he had lost everything and all he had left was his profession. “He hoped there was some light at the end of the tunnel so he could find a way back,” the Solicitors Disciplinary Tribunal (SDT) recorded.

Mr Wilson, born in 1972 and admitted in 2003, was convicted last year at the Old Bailey of acquiring/using/possessing criminal property, and sentenced to three years’ imprisonment. He was also disqualified as a director for seven years.

The SDT recounted that he had been a director of Global Wine Investments Ltd, through which members of the public, some of them elderly, paid money to purchase vintage wines as an investment.

However, in most cases investors did not receive any wine at all and instead lost their money. Mr Wilson took around £100,000 from them.

In mitigation, Mr Wilson said he had had “a lot of time to think” while in prison. He accepted his conviction and told the SDT he had made “some treacherous choices”.

He said he had not set up a business to defraud elderly people but realised, with hindsight, that he did not have the skills to run it.

At the same time, he was running a not-for-profit business where he went into schools to help children, as well as a regulated PPI claims business. Further, he had been a partner in an East London law firm and director of a property management company. There had been no problems with any of these.

The SDT said: “Remorse was not a strong enough word to describe how he felt. [Mr Wilson] stated he had put £150,000 into the business but then taken money to use for his other businesses.

“He stated that he had completely lost control of the amounts he had been taking from the wine business and this had resulted in ‘massive financial mismanagement’. He had made some bad decisions at a time when he had been going through challenging family circumstances.”

Mr Wilson, who said he had always wanted to be a lawyer and had practised for 13 years with no issues, told the tribunal that he had nothing left and could not even claim benefits – he was being supported by an elderly relative and living with a friend.

The SDT reported: “The respondent did not wish to make any excuses for his actions. He had lost everything, his reputation was in tatters and his conduct had been publicised. He was disqualified as a director so could not set up a new business, nor could he travel to see his family as he was still under a licence.

“The respondent wanted to try and find a way to rebuild his life. All he had left was his profession and he hoped there was some light at the end of the tunnel so he could find a way back.”

The SDT said his actions had caused “a great deal of harm” to the reputation of the profession “and the extent of that harm could reasonably have been foreseen”.

On the other hand, “it was clear the time he had spent in prison had had a profound effect on the respondent and he had matured a great deal as a result of this. The tribunal concluded [he] was unlikely to repeat his conduct”.

However, it concluded that a fine or reprimand were not appropriate in a case like this, while a suspension would not be sufficient to mark the severity of the offence.

“This was a criminal offence which was so serious that an order striking the respondent off the roll was the appropriate and proportionate order in this case”.

Meanwhile, another tribunal has struck off a solicitor convicted of two counts of making an indecent photograph or ‘pseudo-photograph’ of a child.

Edward Nicholas Proffitt was born in 1972 and admitted in 1997. He was sentenced to a three-year community order, a five-year sexual harm prevention order and placed on the sex offenders register for five years.

Mr Proffitt told the tribunal that he accepted his behaviour was wrong and totally unacceptable. He apologised unreservedly for his conduct and its effect on the profession.

“He accepted it was his own fault and stupidity that had led to the loss of membership of his profession, which was one he was immensely proud of. [He] stated the proudest day of his life was when he became a solicitor and it meant a great deal to him to be losing his career.”

The SDT found that Mr Proffitt had shown “genuine remorse and insight” but that “nothing short” of an order striking him off was sufficient to protect the public and reputation of the profession.