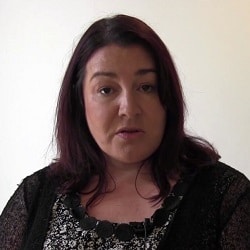 Two solicitors fined by the Solicitors Disciplinary Tribunal last summer have now been permanently disqualified as trustees by the Charity Commission in an unrelated matter.

The commission said the Suyuti Institute spent £29,000 paying off a loan on a property formerly owned by a private trust linked to the wife of Zainul Aqtab Siddiqi.

Mr Siddiqi and Afifa Kiran, founding trustees of the Suyuti Institute, were partners of Saints Solicitors in Birmingham in 2016 when the commission began its investigation.

It concluded that the pair had breached their duties “on a number of occasions” by failing to identify and manage their conflicts of interest, failing to adequately account for the charity’s financial transactions and applying the charity’s funds “without a proper legal basis”.

The law firm was shut down by the Solicitors Regulation Authority in the spring of 2017 and Mr Siddiqi was fined £15,000 and Ms Kiran £10,000 by the tribunal last summer for a variety of rule breaches, including the accounts rules.

In a report published this week, the Charity Commission said its investigation was triggered by a “lecture posted on YouTube in the charity’s name and delivered by a trustee” which gave “cause for concern” as to whether the trustees were carrying out their duties for public benefit.

After a meeting with Mr Siddiqi and Ms Kiran in November 2016, the commission said the focus of its concerns switched to a decision taken by the charity to accept the “significant liabilities” of a private trust.

Mr Siddiqi’s wife lent that trust £330,000 in 2005 after mortgaging her own property, to enable it to buy an old cinema. The cinema was demolished by Manchester City Council by June 2010 “because it had fallen into a dangerous state of disrepair”.

The Suyuti Institute acquired the site of the cinema by way of a deed of transfer in 2013.

The commission said it was concerned that the charity had acquired an asset, in “the land on which the old cinema building was built (now essentially wasteland)”, at the same time as taking on a liability in the form of a loan for over £334,000.

The charity was also liable to pay charges of £125,000 plus interest owed to the council for the demolition.

The commission noted that neither Mr Siddiqi nor Ms Kiran mentioned at the meeting in November 2016 that the cinema had been demolished.

The commission found that the charity’s decision to accept the liabilities of the private trust was inquorate – on the basis that Mr Siddiqi was said not to have taken part in the decision due to his conflict of interest.

Mr Siddiqi and his wife benefitted directly because the £29,000 in interest payments reduced the mortgage on their family home.

“The charity’s founding trustees… explained at the commission’s meeting with them on 1 November 2016 that they have specialisms in charity law and conveyancing.

“The inquiry considered, given their professional background, that it was reasonable to expect that the founding trustees would have understood what a conflict of interest was and to know that they had a duty to act in the best interests of the charity when considering whether to accept the assets and liabilities of the private trust.”

The charity appointed five new trustees in February 2017, who secured repayment from Mr Siddiqi of funds owed to the charity.

The inquiry concluded that, due to the inquorate decision, the transfer had not taken place and that all parties should be put back in the positions they were in prior to the purported transfer. This was accepted by the new trustees.

The commission also found that the solicitors’ financial management of the charity amounted to misconduct and mismanagement in its administration.

Its bank account had been subject to a series of “convoluted financial transactions where the charity had entered into loans from third parties, without any formal records or agreements being kept.

“Further, that the repayments of such loans had, on occasion, been paid to other third parties rather than the person purported to have made the loan.”

On other occasions, payments were made to the trustees themselves to repay funds they were said to have lent the charity, including a cheque for £57,250 to Mr Siddiqi, which he had signed and authorised.

The money included £35,000 “introduced by Mr Siddiqi to the charity from his personal bank account” and £13,250 of “personal debts owed to him by personal debtors”.

The solicitors explained that, rather than Mr Siddiqi’s personal debtors repay him directly, they were told to pay the charity. These funds were then later repaid to Mr Siddiqi.

“The inquiry found that evidence provided in respect of money owed by third parties personally to Mr Siddiqi was convoluted and confusing and did not provide an adequate audit trail to demonstrate that the repayments were legitimate.

“There were no loan agreements in place or contemporaneous notes to demonstrate that there had been any proper consideration of the trustees’ important legal duties.”

In any case, the charity’s own rules said cheques should be signed by two trustees, and that a trustee should not sign a cheque to himself.

Michelle Russell, director of investigations, monitoring and enforcement at the Charity Commission, said: “The public rightly expect those running charities to live up to the highest standards of behaviour and attitude.

“That includes demonstrating scrupulous financial probity and being able to show that all decisions are made in the best interests of the charity and its beneficiaries.

“The two founding trustees of this charity failed to fulfil those expectations and were responsible for serious breaches of their charity law duties, which is why we removed them.”