Solicitors “need to get out more” to boost profession’s image 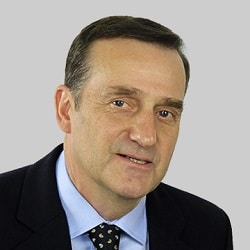 Sixteen-year-olds have been invited to compete in a competition aimed at educating them about the work of a solicitor and testing their aptitude, with the winner receiving financial support to become one.

‘The Legal Apprentice 2020‘ was designed by London firm Kingsley Napley to provide a solicitor-focused alternative to existing competitions aimed at encouraging barristers.

It targets inter-personal skills and countering a popular culture view of solicitors commonly advising “no comment” in police stations.

It is the second year of the competition, which is for year 12 pupils, who study in the first year of sixth form. It was conceived with the aim of encouraging more pupils from non-traditional backgrounds to consider a career in the law.

Last year more than 3,000 pupils signed up from 308 schools and sixth-form colleges across the country, of which 269 saw it through to the end.

The students comprising the winning team will receive £500 each and will be offered the opportunity to be interviewed by Kingsley Napley for the ultimate prize of winning financial support for a law degree and a training contract at the firm.

The runner-up will receive a paid three-month placement at Kingsley Napley, while the remaining students from the winning team will receive one week of work experience.

In addition, the winning team’s school will receive £5,000 to put towards any technical advancement of their choice.

The first involves three scenarios; one based on family law, one on defamation, and one on the regulation of solicitors. Videos and fact sheets on the Kingsley Napley website will provide all the information necessary to answer multiple choice questions.

The second task will be a short film five or six minutes long on which contestants will be asked to draft a witness statement or possibly a proof of evidence. This tests their written skills.

Task three will test presentational skills, because they will be asked to make a video pitch to an imaginary client as to why their firm should be selected to take on the case.

Stephen Parkinson, Kingsley Napley’s senior partner, told Legal Futures that the competition aimed to “catch school pupils at the point at which they are deciding which degree to take and what career to pursue”.

He said he was in discussions with the Law Society and hoped it would adopt the competition in order that it could involve more law firms and perhaps have regional finals.

He said that, while there were advocacy and essay competitions aimed at the Bar, this was the only school-age contest aimed at solicitors and that otherwise “there’s nothing… designed to show people the skills that are needed to be a solicitor and to help them identify whether they might have the aptitude”.

He explained: “The main problem is that most people’s idea of what a solicitor does is watching some cop programme where a solicitor is sitting in a police station saying occasionally, when it’s far too late, ‘make no comment’.

“They don’t even give a proper representation of a criminal defence solicitor.”

He said that, as a profession, solicitors should “get out there more”, adding: “Every firm can make contact with their local school and offer to go in and give a talk about the work of a solicitor.

“The skills [required are] being able to build a relationship of trust and confidence with the client, to speak their language, to work in themes – which often we have to do as solicitors.

“In order to be able to relate to the enormously diverse society we have, one thing we have to do better as solicitors is to be more diverse as a profession because that is what the population is.”

He concluded: “There’s a huge amount to do not just in terms of being more diverse but also reaching out to as wide a group of potential solicitors as possible and widening access to the profession.

“The first step is to make students at year 12 level understand what the job is all about, because I suspect a lot of schools are not aspirational enough to say to their students ‘you can do this’.”

The finalists this year were tasked with advising a fictional client, representing that client in a police interview and then making a bail application on the client’s behalf. The clients were played by professional actors.

All four teams were judged in front of an audience of 180 of their peers. The five judges were senior lawyers and journalists including Mr Parkinson; Judith Seddon, a partner at Ropes & Gray; Cordella Bart Stewart, director of the Black Solicitors Network; Frances Gibb, former legal editor of The Times, and Colin Passmore, senior partner at Simmons & Simmons.