Solicitors must think about “impression created” by NDAs 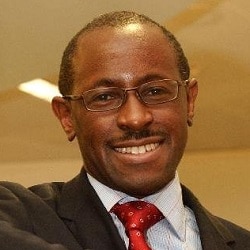 Solicitors must think beyond the drafting of non-disclosure agreements (NDAs) and confidentiality agreements to the “impression created” by them, a panel of experts has warned.

Employers must also think about the “chilling effect” of NDAs on the employees signing them and how they would look if agreements were scrutinised by the press or the Solicitors Regulation Authority (SRA).

Beth Hale, partner and general counsel at London employment firm CM Murray, said a solicitor asked to draft an agreement by an employer following claims of harassment must consider why they needed the NDA and whether it was necessary or appropriate.

“The time has gone when they were included as a knee-jerk in every situation, but they do have a place. There has not been a ban and there is not a ban, and they have a place even in harassment claims.”

However, speaking in a Law Society podcast on NDAs, Ms Hale said solicitors should not only think about the enforceability and wording of agreements.

“Think beyond your drafting considerations and strict wording to the impression that is created by the NDA, and think about the person reading it, the individual who might be signing it, and the chilling effect that the NDA might have.”

Ms Hale said solicitors should also consider the impression agreements might make if they were challenged in the future and “whether you are ethically comfortable with that”.

Paul McFarlane, an employment partner in the London office of Weightmans, said NDAs and confidentiality agreements “rarely” involved harassment, and were normally concerned with some other form of dismissal, such as redundancy or gross misconduct.

He agreed that solicitors needed to think about the impression created by the NDA and “more widely about the press and your PR” if news of the agreement were to get out.

Mr McFarlane said the warning notice on NDAs issued by the Solicitors Regulation Authority this time last year was “quite prescriptive” in terms of what could not feature in an agreement, for example clauses preventing employees reporting a crime, whistleblowing or co-operating with a criminal investigation.

Mr McFarlane said seeking to prevent an employee from keeping or receiving an agreement, as happened in the Harvey Weinstein case, was “extremely irregular”, and clauses that “seek to improperly threaten litigation” were also not allowed.

Max Winthrop, head of employment law at Newcastle firm Short Richardson & Forth and chair of the Law Society’s employment law committee, said it was important employees knew what they were signing up to, particularly as they may be “concentrating more on the sum they’re going to get” from the agreement.

NDAs and confidentiality agreements “started out as way in which employment disputes could be fairly compromised in a relatively straightforward manner”.

He went on: “Appropriate confidentiality clauses regarding the circumstances leading up to a dismissal are one thing, but these sweeping clauses seeking silence for all time on all subjects are particularly questionable.

“We’ve seen a bit of mission creep from broader commercial concerns which are entirely appropriate where the parties are at arm’s length but which are not really, in my view viable in the employee and employer-type relationship.”