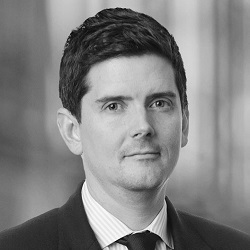 Lawyers must “redouble” their efforts to provide pro bono legal advice because the pandemic had led to “increased inequality”, the London Solicitors Litigation Association (LSLA) has said.

John Rogerson, who leads the LSLA’s pro bono sub-committee and is a partner at White & Case, said online pro bono advice sessions during the pandemic had been a “real success story” but the profession should not “rest on its laurels”.

Speaking during the 20th National Pro Bono Week, Mr Rogerson said that online initiatives had enabled people to receive advice they would otherwise not have done, whether it was because they lived outside metropolitan areas or could not travel to a free advice clinic.

Based on anecdotal evidence, he believed this had ensured that pro bono work had “continued to operate at around the same level” during the crisis, although online sessions could never replace those delivered in-person, and each had their own strengths and weaknesses.

Concerned that there should not now be a “drop” in pro bono as lawyers returned to the office, Mr Rogerson said the LSLA, which has 3,200 individual members, wanted to issue a “call to action”.

He went on: “We cannot let a reduction in legal access become one of the legacies of the pandemic. We are keen to make sure that pro bono initiatives are as strong or stronger than they are now.

“We will be dealing, as businesses and individuals, with the detrimental effects of the pandemic for the next few years. With all the competing challenges, it is important that we don’t lose sight of pro bono initiatives.”

Mr Rogerson said his committee was monitoring the level of pro bono work by law firms, but firms were unlikely to publish their figures until the end of this calendar year or their financial years.

He said one initiative his firm and seven others had been involved with was a project with the Joint Council for the Welfare of Immigrants to help people submit Windrush compensation claims.

Two years after the compensation scheme was launched, just under 2,000 claims had been made, but this represented only 17% of the potential total, according to the government.

Another recent example was a project, involving five law firms as well as his own, to provide urgent legal advice to asylum seekers in refugee camps on the Greek islands.

Originally this had been delivered by lawyers travelling to Greece on two-week secondments, but this had become an online secondment during the pandemic and it showed how moving online had helped pro bono.

Mr Rogerson added that, if law firms wanted to recruit the “brightest and best” young lawyers, they must realise that pro bono played an important part.

He said the generation of lawyers joining firms now were keeping “an eye on pro initiatives” and it was in the interests of employers to appeal to them.

“As many people are enjoying a return to near normality, there is a continual need to reach out to the needs of the most vulnerable in our society”.