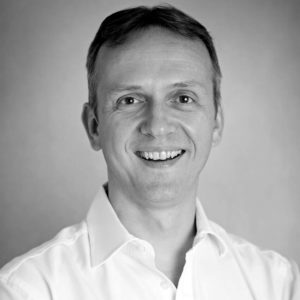 In the latest in our series on lawtech start-ups, Dan Bindman profiles Legalo, a legal template business with big plans for expansion in a competitive field already occupied by established players.

Two commercial solicitors are attempting to break into the online legal templates market with an ambitious strategy to expand into non-law professional services.

So far Legalo has around 100 templates for sale and plans a further 250. Its website also has a find-a-solicitor type referral service.

The business claims to be “light and nimble” enough to outflank established multi-national players such as LegalZoom and Rocket Lawyer, which it argued have comparativly high fixed costs including their search engine optimisation (SEO) strategies.

Altogether, around 15 businesses are understood to be active in selling online digital templates. Common ones are tenancy agreements, powers of attorney, debt recovery letters, and articles of association.

Legalo’s prices range from just a few pounds for, for example, an e-mail disclaimer, to almost £100 for a bundle of new business templates.

The two solicitors, David Cammack and Stephen Avila, began Legalo in 2015. The pair are joined by Mr Cammack’s wife, Georgina, a former paralegal, who is editor.

Mr Cammack, the managing director, was previously a partner at three-office Essex solicitors Birkett Long, where Mr Avila is still an assistant solicitor and the firm’s head of education.

Legalo is Mr Avila’s brainchild. In 2015, he sold a digital marketing company that he started six years earlier.

Mr Cammack works as a notary and consultant solicitor part-time but the majority of his time is spent drafting Legalo documents.

Much of Legalo’s effort is put into SEO and improving the company’s Google search rankings by publishing related content, Mr Cammack told Legal Futures: “We are focusing at the moment on outranking our competitors which I think we are finding reasonably easy.

“It’s [about] creating interesting articles that people want to link to. So we are trying to generate a lot of back links off legitimate content.”

Mr Cammack suggested established competitors such as LegalZoom and Rocket Lawyer were forced to spend “fairly large sums” on SEO. “Whereas we’re doing it in an incredibly cheap way, so we’re saving money.

“We are quite light and nimble and we’ve got virtually nothing in fixed costs each month. The website is the main cost and there’s not a lot of cost to that.”

He said the aim of the business was to approach the market “in a slightly different way” to the competition. It sold “high quality, low-price templates with free updates for life”.

He continued: “Some templates are an absolute one-off but for others you might be wanting one every few years… It’s useful to know you’ve always got access to the latest updated version.

“When we update, we will let people know and they can download the latest one for free so long as they bought the original one.”

The increasing adoption of low-cost DIY legal services was “part of where we are coming from”, he said, adding: “We wanted to get in before the market becomes too mature…  We need to get a comprehensive service and get it ranked well.”

Mr Cammack would not be drawn on the detail of Legalo’s plans to expand but he confirmed that it would launch a “sister website” within the next month that would target “a completely different sector of professional services outside of legal.

“It’s not templates but it will follow on from some of our strategy with Legalo.

“We’ve got a number of irons in the fire and some of our templates we will reuse and rebrand for another sector.”

He said the business was “open to the idea” of white labelling its templates to other brands. Legalo had already had “one approach” on this score but “that’s stalled for now”.