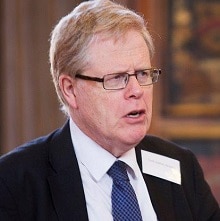 Jackson: Ruling handed down on day of retirement

The Court of Appeal yesterday spelt out the higher standards to which solicitors are held in defining what “integrity” means for the purposes of disciplinary action.

It said integrity “connotes adherence to the ethical standards of one’s own profession” and involved “more than mere honesty”.

The issue has come to the fore with conflicting High Court rulings, one of which – where lack of integrity was held to be synonymous with dishonesty – was before the Court of Appeal.

The other case dealt with by the court concerned two solicitors whose firm was lent money by the collapsed Axiom Legal Financing Fund.

Lord Justice Jackson, handing down the ruling on the day he retired, described integrity as a “useful shorthand to express the higher standards which society expects from professional persons and which the professions expect from their own members”.

He explained: “To take one example, a solicitor conducting negotiations or a barrister making submissions to a judge or arbitrator will take particular care not to mislead.

“Such a professional person is expected to be even more scrupulous about accuracy than a member of the general public in daily discourse.

“The duty to act with integrity applies not only to what professional persons say, but also to what they do.”

The judge said neither courts nor professional tribunals should “set unrealistically high standards” of integrity.

“The duty of integrity does not require professional people to be paragons of virtue. In every instance, professional integrity is linked to the manner in which that particular profession professes to serve the public.”

In Wingate and Evans, the Axiom case, the Solicitors Regulation Authority (SRA) appealed successfully to the High Court over acquittals by the Solicitors Disciplinary Tribunal (SDT).

In Malins, a solicitor successfully appealed to the High Court against his striking off by the SDT over backdating documents, an order which the SRA sought to reinstate.

Jackson LJ said: “Honesty is a basic moral quality which is expected of all members of society… The legal concept of dishonesty is grounded upon the shared values of our multi-cultural society.

“Because dishonesty is grounded upon basic shared values, there is no undue difficulty in identifying what is or is not dishonest.”

Though lack of integrity was a “more nebulous concept”, it was a “counsel of despair to say: ‘Well you can always recognise it, but you can never describe it.’”

He drew a distinction between SRA principle 2 (lack of integrity) and principle 6 (undermining public trust in the provision of legal services).

Jackson LJ said there were “many forms of conduct” which could undermine public trust, such as “manifest incompetence”. This involved a solicitor acting carelessly but with integrity, and it was important not to confuse it with “run of the mill” negligence.

“All professional people are human and will from time to time make slips which a court would characterise as negligent. Fortunately, no loss results from most such slips. But acts of manifest incompetence engaging the principles of professional conduct are of a different order.”

Jackson LJ said that for David Wingate to go along “honestly, but foolishly” with a “sham” funding agreement, which “bore no relationship to the true arrangements between the parties”, was manifest incompetence.

“The arrangements with Axiom were on their face highly dubious. It was extraordinary that a solicitors’ firm should be asked to sign a sham contract for no satisfactory reason.”

However he said Steven Evans, the other partner in Manchester firm WE Solicitors, was “imprudent” not to read the funding agreement, but not manifestly incompetent because he was “hard pressed with other matters and he trusted Mr Wingate to deal with the finances”.

Sir Rupert said that, on the SDT’s findings of fact, Mr Evans “left everything on the financial and management side to Mr Wingate”.

Jackson LJ dismissed Mr Wingate’s appeal against the High Court’s decision to overturn his acquittal, but allowed the appeal of Mr Evans against the judgment of Mr Justice Holman.

In the case of John Malins, Jackson LJ said Mr Justice Mostyn was wrong to hold that lack of integrity had the same meaning as dishonesty and that the SRA was not obliged to plead dishonesty.

“It is commonplace that after drafting a significant email, sometimes the author pauses before clicking on ‘send’. Almost everyone has had the experience of regretting an email that was sent off too hastily.

“That is why people often do pause before clicking on the send button. It was not inevitable that, after creating the backdated documents, Mr Malins would take the disgraceful and irrevocable step of sending them out as genuine documents of March 2013.”

Jackson LJ allowed the appeal of the SRA against Mostyn J’s ruling overturning the striking off of Mr Malins.

Legal services law specialist John Gould, senior partner of Russell-Cooke, said: “Following the Supreme Court’s decision in Ivey reforming the test for the identification of dishonesty, the Court of Appeal has now provided the definitive approach to integrity for professionals.”