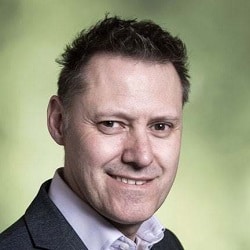 Godfrey: It’s not good enough simply to expect the buyer to read the lease

National firm Simpson Millar has set up a team within its professional negligence department to handle potential actions against solicitors who failed to warn leasehold clients of damaging clauses relating to issues such as ground rents and permissions for alterations.

It comes off the back of acting for Jo Darbyshire, co-founder of lobbying group the National Leasehold Campaign. Ms Darbyshire confirmed earlier this week that she would issue proceedings against her former solicitors.

Robert Godfrey, the head of professional negligence at Simpson Millar, said the firm has received over 100 enquiries in recent months relating to the “leasehold scandal”.

He went on: “Solicitors are under a duty of care and it’s not good enough simply to expect the buyer to read the lease. Anything that needs explaining should be explained properly.

Mr Godfrey said there were “a number of very complex and somewhat sinister terms” in Ms Darbyshire’s agreement with her housebuilder.

“Her ground rent was scheduled to double every 10 years, she needed to seek permission to carry out any kind of alternations on the property which comes with an associated fee, and, perhaps most worryingly, the freehold could be sold on to a third party at any time.

“Indeed, that’s exactly what happened to Jo, and having been told initially by the sales adviser that she could buy her freehold at any time for a fixed cost of around £5,000, it has transpired that the cost to make such a purchase is in fact now around £30,000.”

Mr Godfrey said this would make a future sale “incredibly difficult to secure”, as her neighbours have discovered.

“Many mortgage lenders are tightening lending criteria and will not lend on properties where the ground rent doubles more frequently than every 20 years.

“A lease is a very complex document which needs to be carefully and simply explained to clients so they can understand the issues which may arise and make an informed decision in continuing with the purchase.”

Rob Hailstone, chief executive of the Bold Legal Group, which includes over 650 conveyancing firms, said it was too easy to criticise conveyancers for not providing enough information, without looking at the files and emails.

“Buyers are getting so much information. Can the average member of the public spend the time necessary to read and understand all of it fully?”

Speaking to MPs on the housing, communities and local government committee earlier this month, housing minister Heather Wheeler said the comparison between leasehold and PPI was “very difficult” because PPI was something the consumer “really did not need”.

Ms Wheeler said homebuyers had a contract and legal advice “but perhaps people are caught up in the moment because it is their first purchase and it is incredibly exciting”.

She estimated that there were as many as 100,000 “onerous leases”, and it would be “horrendously expensive” for the government to forcibly change the terms, since it had taken legal advice which made it clear that the freeholders would need to be paid compensation.

Lakhbir Hans, deputy director for leasehold, commonhold and rent charges at the Ministry of Housing, Communities and Local Government, told the committee that developers had estimated the number of people with doubling ground rents at 12,000 and those subject to other unfair terms, such as on permissions, at 100,000.

Research commissioned by the SRA found last spring that a fifth of those buying leaseholds did not recall their solicitors giving them key information such as the length of the lease remaining, service charges and ground rent.

The report urged conveyancers to “provide and explain information on particular aspects of buying a leasehold property”, but it also found that consumers were generally happy with the service they received from conveyancing solicitors.