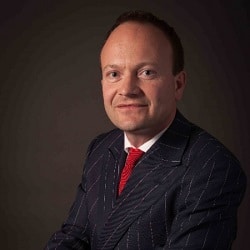 Munro: many may not have given any advice on ground rent clauses

The furore over ground rents that double periodically is likely to lead to a “swell” in negligence claims against conveyancers, who will be “first in the firing line” because many may not have given any advice on the clauses, a barrister has warned.

Joshua Munro of Hailsham Chambers said these leases also often have other clauses which may be considered unreasonable and so pose a negligence risk unless conveyancers have given sufficient advice.

He said: “When the true position is found out as to increasing ground rent liabilities, it is very likely that the long-leasehold owners will want to make claims. The problems are often remediable, via leasehold enfranchisement and acquisition of a share of freehold, or an extension of the long lease’s term with reduction of ground rent to a peppercorn.

“However, the remedies come at a cost of professional fees, the monies payable to the freeholder, and also the time and hassle of going through the necessary legal processes, and if appropriate garnering the support of sufficient numbers of fellow long-leaseholders.”

He predicted that conveyancers would be “first in the firing line for claims”.

The issue has provoked considerable emotions. A story on Legal Futures a few weeks ago quoting a conveyancer suggesting that buyers should blame themselves, rather than solicitors, triggered several angry responses from consumers.

The Council of Mortgage Lenders (CML) Handbook requires conveyancers to check any specific conditions relating to ground rent in a lease.

Paragraph 5.14.9 states: “We have no objection to a lease which contains provision for a periodic increase of the ground rent provided that the amount of the increased ground rent is fixed or can be readily established and is reasonable. If you consider any increase in the ground rent may materially affect the value of the property, you must report this to us.”

Mr Munro said: “Thousands of ground rent clauses, however, may be regarded as unreasonable. Plus, the threshold for reporting is extremely low. Indeed, the last sentence of paragraph 5.14.9 does not make much sense. Almost any increase in ground rent, unless at a nominal de minimis level, will materially affect the value of the property.”

Some lenders have also made specific extra requirements in respect of ground rents.

Conveyancers would be liable unless they gave sufficient advice to the purchaser clients, and Mr Munro suggested that “many may not have given any advice on ground rent clauses”.

He continued: “The relevant leases also often have other clauses which may be considered unreasonable and in respect of which inadequate advice may have been given, for example, fees for remortgaging or making structural changes.

“Furthermore, there are potential claims that are more complex as to the adequacy of advice in respect of leaseholds with short terms that will need to be extended, often at high cost. Conveyancers may also be liable for breach of fiduciary duty if a conflict of interest existed, most usually if they had a commercial relationship with then vendor of new-build leasehold properties.”

Mr Munro said limitation may be “the most fruitful defence for conveyancers” given that many of the leases were made more than six years ago.

“Claimants in many cases will struggle to make out section 14A Limitation Act 1980 arguments, deliberate concealment, or other attempts to extend the six-year period.”

He concluded: “Historically, residential conveyancing has generated the largest number of claims on solicitors’ professional indemnity policies. That number is likely to swell as claims arising from leasehold issues come to light.”