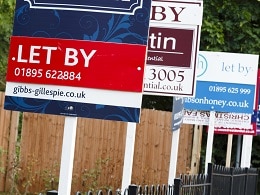 A new property law alliance, the Legal Sector Group (LSG), has written to the government, with a detailed set of proposals on leasehold reform.

The group is made up of the Conveyancing Association – which mainly represents volume conveyancers – the Chartered Institute of Legal Executives, the Society of Licensed Conveyancers and the Bold Legal Group, which has over 650 member firms.

Though a one-off collaboration, organisers said they could work together again on other property issues.

The Law Society, which is not part of the group, told Legal Futures it did not agree with all the proposals.

The LSG said it had “drafted a wide-ranging policy document designed to reduce the potential for abuse of leasehold, speed up the leasehold conveyancing process, increase certainty for consumers and remove some of the unreasonable costs that can come with it”.

It has written to the new housing minister, Alok Sharma MP, requesting a meeting to discuss the proposals and will present them to the Law Commission as well.

They include action on unfair lease terms, such as escalating ground rents and transfer fees, a review of the commonhold regulations and simplification of the process to extend leases and convert to freehold.

The LSG is also proposing a tariff of fees for some of the administrative activities carried out by management companies, time limits on the provision of information and, on enforcement, a mandatory requirement on management companies to be part of a redress scheme.

Simon Law, chairman of the Society of Licensed Conveyancers, said: “The SLC has been advocating for many years that the serious shortcomings associated with leasehold title, and the process for buying and selling leasehold properties, are addressed for the benefit of homeowners.

“It is gratifying that the legal profession, including solicitors, licensed conveyancers and chartered legal executives, have come together to arrive at a common set of proposals for both the Law Commission and the government to consider.”

Martin Callan, president of CILEx, said he hoped the proposals would “ensure fairness to consumers, speed up the sale and purchase of residential leasehold properties and lead to less abortive transactions and loss of fees”.

Rob Hailstone, chief executive and founder of the Bold Legal Group, described the planned reforms as “much needed” and said that if introduced, they would “help the home-buying and selling public in a number of ways”.

Beth Rudolf, director of delivery at the Conveyancing Association, said: “We work closely with the Law Society and have a continuing dialogue on a variety of projects.

“They did input on the leasehold reform proposals but as the relevant committee do not agree with all of the proposals they declined to be involved in this particular Legal Sector Group initiative other than to be credited for their input.”

A Law Society spokesman said the society’s conveyancing and land law committee had an “ongoing programme of work” to provide recommendations on how leasehold law could be improved.

“Activities include engaging with the Legal Sector Group, which has come up with number of ideas, such as improving statutory rights around extending leases and placing clear obligations for the early provision of information, which echo our previous calls for improved clarity of leasehold law.

“However, problems as complex as those arising in leasehold law cannot be solved with simple answers. Other proposals advanced, particularly around fixed leasehold terms and set timescales, raise real questions of unintended consequences and practical enforcement.

“While the Law Society could not support the entire set of recommendations put forward by the Legal Sector Group, we welcome their interesting contribution on this important issue and look forward to working with them further.”