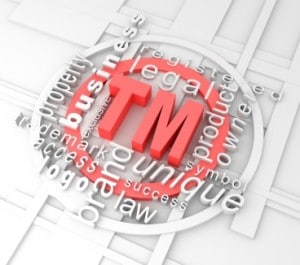 A judge has found in favour of a law firm in a trade mark infringement case against a firm of licensed conveyancers over its use of the word ‘Red’ when applied to legal services.

London intellectual property specialists Redd Solicitors claimed that Northamptonshire conveyancers Red Legal Limited had infringed their trade marks – a Community Trade Mark (CTM) for the ‘REDD’, registered in 2005, and the UK trade mark for ‘RED’, which it acquired in settlement of a separate dispute in 2011.

Giving judgment in Redd Solicitors v Red Legal Limited & Martin Crighton [2012] EWPCC54 last month in the Patents County Court, HH Judge Birss QC held that the defendant “has no defence to the claim for infringement of the REDD [CTM] mark”.

A key element of the case was the argument by Red Legal – a firm founded by two former Tollers employees, solicitor Martin Crighton and non-lawyer Jonathan Smith – that because Redd practises specifically in intellectual property law, the specification of legal services for which the REDD mark was registered should be narrowed so as to confine it to that area or to exclude conveyancing.

Giving evidence for Redd, partner Simon Chalkley explained that the name ‘Redd’ was chosen both because it was suggestive of the colour red and because the word had a secondary historical meaning, which includes “to settle, decide (a dispute, plea etc); put an end to (a quarrel or confusion)”. This reflected the nature of the firm’s business and, having fallen out of use, could function as a trade mark.

“In my judgment it would not strike a fair balance between the respective interests of the proprietor, other traders and the public to make such a carve-out from the specification in this case. I think the only fair specification for the claimant’s trade mark is ‘legal services’, without qualification,” he said.

He further accepted there was a likelihood of confusion between the use of REDD and RED LEGAL and that it would infringe the Redd’s CTM mark REDD. Red Legal should have carried out a proper trade mark search, which would have turned up the REDD mark.

He concluded: “Overall, I do not think the defendant’s use of RED LEGAL in any of its various forms is an example of fair competition having regard to the legitimate interests of the trade mark proprietor in this case… Accordingly Red Legal has no defence to the claim for infringement of the REDD mark.”

However, in relation to the UK-registered RED mark, the judge allowed that Red Legal should have the benefit of the locality defence – contained in section 11 of the Trade Marks Act 1994 – for the county of Northamptonshire.

In a statement, Redd’s four partners, Sara Ashby, Mr Chalkley, Anna Carboni and Charters Macdonald-Brown, said: “We regularly advise clients on the importance of protecting their brand names and our position when it came to protecting our own brand, REDD, was no different. We are very pleased with the outcome.”