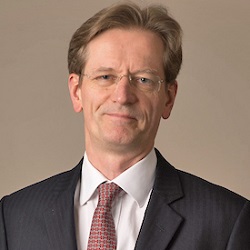 Henshaw: Breach not serious or significant

A party whose solicitor overlooked for a year the need to seek a consent order from the court to stay a commercial dispute has been granted relief from sanctions.

Mr Justice Henshaw said the fact that the rule breach was inadvertent was relevant.

City Air Express has been dissolved, however, and the claim is brought against its insurer, Chaucer Corporate Capital.

There is a dispute about the terms on which the goods were stored and whether a contractual time bar applies.

Between 2017 and 2019, Excotek – represented by Hill Dickinson – sought and received a series of extensions of time to commence proceedings before finally issuing the claim form.

In February 2020, Hill Dickinson, approached Chaucer’s solicitors, DAC Beachcroft, for agreement to stay the action, terminable on 28 days’ notice by either party, for the purpose of holding settlement discussions.

Chaucer agreed and DAC Beachcroft replied, saying: “We trust you will make the necessary arrangements and look forward to receiving a draft order for our client’s consent.”

An order was required because, although the CPR allow parties to agree extensions of time, in the Commercial Court any such agreement must be notified to the court in writing, with reasons.

No response was received from Hill Dickinson and Chaucer heard nothing further from Excotek for 12 months. Its evidence was that it assumed the claim had been abandoned.

DAC Beachcroft wrote to Hill Dickinson after a year to point out that, as there had been no order, the claim was liable to be struck out for failure to serve the particulars of claim.

Hill Dickinson then tried to move settlement discussions forward but DAC said it had no instructions to waive the breach and that it would oppose any application for a retrospective extension of time.

The solicitor at Hill Dickinson admitted that, “distracted by other matters”, she overlooked the consent order and apologised to the court.

Addressing the first stage of the Denton test, Henshaw J decided that, though the breach was not trivial, it was also not serious or significant.

“The delay in serving the particulars of claim was entirely in line with the stay that both parties were content to agree.

“It cannot realistically be said to have disrupted the present litigation: after all, Chaucer could have brought the delay to an end at any time. Nor has it had the potential to disrupt litigation in general. It was accordingly a breach of only limited seriousness and significance.”

The proceedings were only commenced early, in the context of the statutory limitation period, because of the arguable contractual time limit, the judge noted.

The Commercial Court Guide states that a time extension will not normally be granted for more than four weeks unless clear reasons are given to justify a longer period, and Chaucer argued that it was far from clear that one would have been granted.

However, Henshaw J said there was “a reasonable prospect” that the court would have done so and indeed possibly implemented the agreement between the parties.

Moving to the second stage of Denton, Excotek did not contend that there was a ‘good reason’ for the default but pointed out that it was “an unintentional and unfortunate oversight”, as opposed to a deliberate breach.

When it came to the third stage – which requires the judge to look at all the circumstances as a whole – Henshaw J said this was of “some relevance”.

He held that the late service of the particulars of claim had not prevented the litigation from being conducted efficiently and at proportionate cost.

“If relief from sanctions is granted, Chaucer will serve a defence and the claim will proceed in the ordinary way. The position will be the same as it would have been had the proceedings been stayed in the way the parties had agreed.”

He concluded that it was “fair, just and proportionate” to grant relief from sanctions and the retrospective extension of time sought for service of the particulars.

For the same reasons, Henshaw J rejected Chaucer’s application that the claim should be struck out for the failure to serve the particulars within time.