Solicitors convicted of GBH and expenses fraud struck off 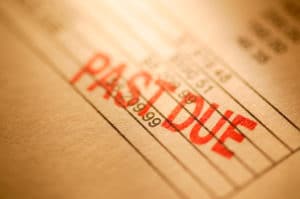 Solicitors convicted separately of head-butting another parent at a children’s rugby match and making fraudulent expenses claims to the Crown Prosecution Service (CPS) have both been struck off.

Gavin Dowell was convicted of wounding/inflicting grievous bodily harm, for which he was sentenced to two years’ imprisonment, suspended for two years, 300 hours of unpaid work and £10,000 compensation.

The Solicitors Disciplinary Tribunal heard that Mr Dowell – born in 1966 and admitted in 1991 – had been a linesman at a rugby match in Bristol during which there was a “fracas” between his son and another boy.

Mr Dowell “remonstrated” with the referee and another man intervened to calm the situation down, but Mr Dowell “transferred his anger” and head-butted him.

The man was seriously injured, with bone “protruding through his nose”, and was diagnosed with a broken nose and a detached retina, for which he required surgery and left him with severely impaired vision in one eye.

The victim impact statement during the criminal trial referred to his struggle to sleep, his anxiety when in a crowd and loss of confidence, which he described as “destroying his life”.

The judge described the injuries as “life-changing”, and told Mr Dowell: “In my judgement, any expressions of regret on your part are more concerned about your own position than concern for your victim.”

Mr Dowell told the Solicitors Regulation Authority (SRA) that he had stopped practising straight after the conviction and accepted that it rendered him “wholly unfit” to remain on the roll.

The tribunal said his actions indicated that he “lacked soundness, rectitude and a steady adherence to an ethical code. As a result he had failed to act with integrity”.

The SRA only found out about the conviction due to press coverage, and one of the charges proved against him was the failure to inform the regulator.

Mr Dowell was separately found guilty of misconduct during his legal practice. At the time, he was working at Worcester-based Harrison Clark Rickerbys on a self-employed basis through a service company.

Following his departure from the firm, it discovered he had fabricated an email while acting for the claimant in seeking an injunction to remove a blockage in a road. The email purportedly informed the defendants of a hearing date, and Mr Dowell had also exhibited it in a witness statement containing a signed statement of truth.

The tribunal said these actions were dishonest, and it did not have confidence that the conduct would not be repeated.

Striking him off “was necessary to protect the public, the reputation of the profession, and maintain confidence in the profession”.

In the other case, former Senior Crown Prosecutor Eoin William MacCarthy was struck off after he was jailed for six months in August 2017 after putting in £5,800 worth of false travel expenses to help pay off debt.

He pleaded guilty to one count of fraud after submitting 62 bogus claims for journeys from his home address in Devon to Bristol Crown Court.

The ruling noted that he did not tell his wife about the proceedings, and she only became aware when he called her from prison after being sentenced.

Mr MacCarthy, born in 1960 and admitted in 1986, was able to self-authorise the travel expenses over a six-month period due to his position at the CPS and the fact that his claims were under £500. He was later dismissed for gross misconduct.

He told the CPS that, after his son got into debt from university, he took out credit cards to sort it out. He was unable to pay off those credit card debts and turned to payday loan companies.

The tribunal said that, as a prosecutor, Mr MacCarthy “was expected, even more than most solicitors, to conduct himself with complete probity, integrity and trustworthiness”.

It added: “It was his role to prosecute criminal acts, not indulge in them himself.”