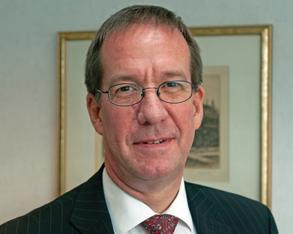 Solicitors and consumer representatives have come out on opposite sides of the Legal Ombudsman’s (LeO) proposal to extend its remit to the estimated 130,000 unregulated legal services providers operating in England and Wales.

While the Law Society said LeO’s resources could be spread too thin as a result, and leave consumers confused and potentially uncompensated, the Legal Services Consumer Panel broadly welcomed the proposal.

In July LeO announced plans to activate its voluntary jurisdication, in advance of an EU directive on alternative dispute resolution (ADR) that would mean all services had to have a third-party redress scheme. The government has not indicated whether it will implement the directive.

The Law Society said the move would be “detrimental to consumers” and add to confusion over who was regulated and who was not. Meanwhile, LeO’s “effectiveness and efficiency in its core jurisdiction could be affected by taking on the unregulated segment of the legal services market”, it warned.

The panel, by contrast, said LeO’s proposals were “overdue and welcome, although thin on detail”. A voluntary scheme would “help to close gaps in redress, reduce confusion and enhance competition in the market”.

Because the government’s attitude to the ADR directive was unclear, a voluntary scheme should be activated without delay and online services should be brought within scope, the panel said.

However, it raised several concerns and stopped short of throwing its weight behind LeO necessarily being the right scheme to provide redress where complaints were made about services from ‘one-stop shops’ where legal and other professional services were offered jointly.

It chided LeO for not having conducted research on demand for a voluntary scheme among unregulated legal services businesses and raised doubts over the definition of ‘legal activities’. “The voluntary scheme would be quickly undermined if [LeO] had to reject complaints due to jurisdictional uncertainties,” it said.

LeO’s unit cost of more than £2,000 was unaffordable and its processes used to resolve complaints would have to be adapted for the voluntary scheme or risk driving providers away, “thus fracturing legal services redress and adding to the regulatory maze”.

The Law Society agreed with the panel that LeO risked becoming distracted and comproming its performance on complaints handling for legal services consumers. The society warned LeO must avoid becoming a “professional super ombudsman”.

It suggested LeO had been successful because of its “core of expertise in the area it covers and good relationship with stakeholders”. It risked losing this advantage if it “stretched” its remit.

Fly-by-night providers could use membership of the voluntary scheme as a “badge of honour” while knowing they were performing poorly, and because they were unregulated LeO “would be in no position to help those who find their unregulated provider has ‘lost’ their money”, the society claimed.

It was possible the government would implement the ADR directive and make LeO the ‘competent authority’, meaning all legal service providers would have to sign up to the voluntary jurisdiction, it continued, adding: “This would create the awkward situation of using a voluntary scheme to enforce a compulsory requirement.”

The situation could be exploited by non-regulated providers and had the “potential to ‘muddy the waters’ further” for consumers.

Nick Fluck, president of the Law Society, said: “We recognise that the implementation of the [ADR] directive… may lead to unregulated providers requiring an ADR provider. However, we do not believe it is appropriate to use [LeO’s] voluntary jurisdiction to provide this due to the adverse effect on their core jurisdiction.”

He added: “We also foresee difficulties in [LeO] managing a voluntary scheme. Unscrupulous providers may use membership of such a scheme to provide them with legitimacy and allow them to take clients’ money before disappearing, leaving [LeO] to deal with the complaints.[LeO] would be in no position to help clients who had lost money.”