Solicitors caught in dubious schemes “fail in due diligence” 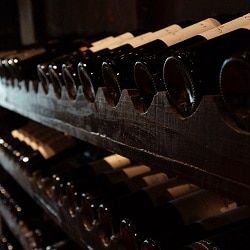 Solicitors generally fail to carry out due diligence exercises on the people behind what turn out to be dubious investment schemes, a review by the Solicitors Regulation Authority (SRA) has found.

It also highlighted how often foreign investors were targeted by the scams.

In a review of 40 open and closed cases involving dubious investment schemes, the SRA said 21 of them involved foreign investors, particularly from South-East Asia.

The regulator said promoters of schemes often targeted overseas buyers to “exploit language and cultural differences and potentially their unfamiliarity with conveyancing transactions in the UK”.

The SRA went on: “It was of concern that many of the firms in our files, did not take steps to make sure these buyers were treated fairly and, in some cases, also took advantage of their lack of knowledge and vulnerability.”

The SRA said that not only had solicitors failed to carry out due diligence on those running the dubious investment schemes in 63% of cases, but in 20% of cases they carried out no due diligence at all, relying on the developer or promoter to do this for them.

Solicitors’ independence and ability to act fairly was potentially compromised by pre-existing relationships with promotors in over three-quarters of the files reviewed.

Sole practitioners accounted for only 7.5% of the law firms involved in dubious schemes, and firms with over 50 solicitors 10%. Almost a third of cases (30%) involved firms with between 11 and 25 solicitors.

The SRA said the most common types of investment schemes were off-plan developments or refurbishments; ‘fractional developments’, involving the purchase of rooms or spaces within wider developments, such as hotel rooms or self-storage; ‘alternative investments’, such as precious metals or fine wines; or complex financial products such as loans, shares or bonds.

“In recent years (since 2017) we have seen a significant increase in reports linked to off-plan and fractional investments, especially linked to a number of collapsed developments schemes in the north west of England.”

The SRA said it had taken 48 solicitors and two firms to the Solicitors Disciplinary Tribunal for involvement in investment schemes over the last five years, resulting in 16 strike-offs, eight suspensions and £870,000 worth of fines.

At the same time as publishing the results of its review, the SRA issued an updated warning notice on dubious investment schemes to the profession, following previous warnings in 2013, 2017 and 2019.

Paul Philip, chief executive SRA, said: “While most solicitors would never willingly participate in such schemes, those who do, whether knowingly or not, lend a veneer of credibility which sellers can exploit to help persuade people that their offer is legitimate.

“Not only does that harm those who buy into these schemes, but it also undermines confidence in the profession as a whole.

“Importantly, we know that dubious scheme operators look at the warnings we and other regulators issue and adapt accordingly. Solicitors must never be complacent – stay up-to-date, do your due diligence and if in any doubt, do not get involved.”

Law Society president Simon Davis said concerns about fraudulent investment schemes were a significant motivation behind the SRA’s recent decision to reform the Compensation Fund, and to reduce the maximum claim from £2m to £500,000.

“These activities pose a risk to the ongoing viability of the fund, and – because the Compensation Fund is paid for by a levy on SRA-regulated firms and individuals – place a considerable burden on the profession as a whole.

“Solicitors should also be aware that if, as a result of their unwitting involvement in a fraudulent investment scheme they receive multiple similar claims, there is an aggregation clause in the SRA’s minimum terms and conditions for professional indemnity insurance, which can place a cap of £2m (or £3m for incorporated firms) on an insurer’s liability for ‘a series of related matters or transactions’.

“If the aggregation clause is triggered, then the principals of the firm could find themselves personally liable for any claims in excess of that cap.”