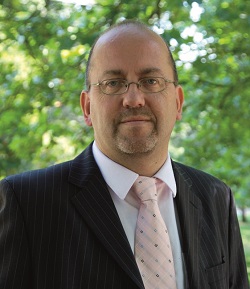 Rousell: Ban had impact at the time

The number of law firms specialising in personal injury (PI) work has fallen by 10% over the past two years, it has been revealed, with one leading practitioner describing solicitors now as the “dairy farmers” of the market due to their declining influence.

Meanwhile, the period since the referral fee ban has seen the turnover of claims management companies (CMCs) fall by two-thirds.

The figures emerged at a Civil Justice Council seminar on the post-implementation review for part 2 of LASPO, held last Friday in London, during which there was a session on the referral fee ban it introduced.

In an initial assessment of the reforms published ahead of the event, the Ministry of Justice said that if there was evidence that the referral fee ban was not working effectively, “we would be open to representations as to how the statutory wording of the ban could be improved or how its operation could be made more effective”.

Richard Collins, executive director for strategy and resources at the Solicitors Regulation Authority, told the seminar that there had been “some contraction” of the PI market in the last two years, with the number of law firms specialising in the field – defined as deriving more than half their income from PI – falling from just over 800 to 725.

Since the ban was introduced, he said the SRA has received around 260 reports of possible referral fee ban breaches, of which 11 have led to the regulator imposing sanctions on individuals and firms, with a further seven cases referred to the Solicitors Disciplinary Tribunal.

He said the low numbers were not surprising for two reasons: “One is that firms generally try to comply. The other is that firms have continued to find ways to attract clients in PI cases.

“The referral fee ban and the requirements for the ban to be breached are very specific. There are many other ways that firms have been able, sometimes working with third parties, to identify and attract clients without breaching the ban, particularly through collective marketing schemes.”

Kevin Rousell, who heads the Claims Management Regulation Unit at the Ministry of Justice, outlined how the CMC sector has shrunk as well.

He stressed that this was not solely due to the referral fee ban but also other government reforms that have squeezed the amount of money in the system.

Craig Underwood, who was director of legal and corporate services at York firm Minster Law at the time of the ban, said it was these other reforms that changed the market; he argued that the ban had only a peripheral impact.

“The legislation was too narrow,” he said. “It deals only with the passage of consideration between law firms and third parties, and doesn’t take into account the future effect that law firms would no longer be the major part of the supply chain.”

Solicitors were now “the dairy farmers of the supply chain”, he continued: “The money and the value flows have moved upstream into other areas.”

Mr Underwood, who is now managing director of Optima Legal, argued that, if the legislation were to remain in place, its scope needed to be extended to the rest of the supply chain, such as medical agencies, rehabilitation providers and after-the-event insurers.

There also needed to be full transparency for clients as to who was benefiting financially from their claims.

“Absent those things, I think [the ban] is largely an irrelevant piece of legislation, although I accept that it may have driven some marginal players away from the PI sector.”

He noted too how alternative business structures owned by insurers, brokers and others rendered the ban irrelevant.

However, his characterisation was challenged by Mr Rousell, who said the ban did have a significant impact at the time, while Andrew Parker, head of strategic litigation at defendant law firm DAC Beachcroft, insisted that the ban “continues to frustrate those models where somebody is trying to get something for nothing”.

But Mr Rousell did raise the question of whether, in light of the Civil Liability Bill planning to take further cost out of the system, the ban was still relevant.