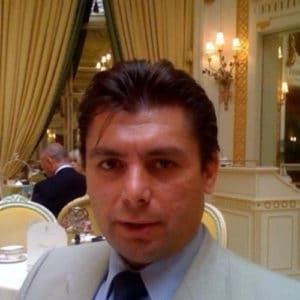 An alternative business structure (ABS) founded by ex-government IT specialists has launched an online service that hopes to harness technology to simplify the conveyancing process.

Its chief executive said that, since opening in November, it had grown at about 50% month-on-month and had “a healthy order book”.

The team behind Juno Property Lawyers – which is regulated by the Council for Licensed Conveyancers (CLC) – has worked on some of the highest-profile government IT projects and claimed to “make the legal bit of buying and selling a house digital and therefore simple”.

Solicitor Ricardo Mapp Dos Anjos, formerly a partner and head of property at London firm Fisher Meredith, is a director and the ABS’s head of legal practice. He is joined by ex-Slaughter and May solicitor Jill Walker Davies.

Juno’s co-founders are chief executive Etienne Pollard, who ran the gov.uk platform, and Henry Hadlow, who helped design the gov.uk and petition.parliament.uk platforms. Both previously worked at the Government Digital Service.

Mr Pollard told Legal Futures that Juno’s starting point was that conveyancing was an “enormous problem” and that technology could reduce it: “We looked at this sector and [concluded]… there are lots of pain points for customers, for estate agents and brokers, so we decided to build a business that takes that on.”

He continued: “We’ve made the legal bit of buying and selling a house digital and that means it’s simple, it’s fast, it’s reasonably priced and… you always know what’s going on and how much you’re going to have to pay.”

Problems that Juno’s technology had “fixed” included that its conveyancers were kept up-to-date by its digital system, he said: “We have built a digital system from the ground up… around the needs of the lawyers and the case progressers.”

Streamlining workflows was a key benefit of the system, he said: “One of the things about a typical conveyancing transaction is that there are many things that are the same across different transactions and some things that are going to be different.

“Where we find things that are repetitive in some cases, we use automation.”

He gave an example of technology assisting the conveyancer: “You are looking at a contract and you want to make sure that the elements of the draft contract from the seller are correct…

“We can have the contract on the screen and alongside that all of the information that we are expecting to see, which makes it vastly quicker and more accurate than if you had printed the two things out and were looking at them side-by-side.

“That’s a simple and obvious example and there are hundreds and thousands of other opportunities which we can use to help people to be more efficient and to be more accurate in [their] work.”

Shortly clients would have access to the same system as the conveyancers: “Our online dashboard means clients and estate agents can check the progress of their case any time that they want on the web on their mobile phone…

“The joy of that is they can actually see what we can see.”

Mr Pollard said had been a “no brainer” for the business to opt for CLC regulation and that the regulator understood the value of a digital approach.

He added that the CLC was “very pragmatic and outcomes focused”.