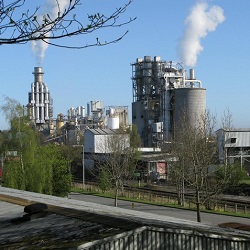 A High Court master has revoked permission for the claimants in a group action to rely on an expert’s evidence because of “serious transgressions” by him and the group’s solicitors.

Senior Master Fontaine said contact between Dr Nigel Gibson and Welsh firm Hugh James during the period of discussions over a joint expert statement meant “the court has no confidence in Dr Gibson’s ability to act in accordance with his obligations as an expert witness”.

Even though Dr Gibson had been involved in the case for over three years and £255,000 spent on his advice, the judge said it was “appropriate, and not disproportionate, to revoke the claimants’ permission to rely on his evidence”.

She said: “It is important that the integrity of the expert discussion process is preserved so that the court, and the public, can have confidence that the court’s decisions are made on the basis of objective expert evidence.

The Chirk nuisance group litigation began in 2017. The claimants are 159 residents in Chirk, Wrexham, who claim that the defendant, Kronospan, is liable to them in nuisance because of dust, noise or odour emissions from its wood panels factory.

Dr Gibson was appointed as the claimants’ expert in dust analysis. Master Fontaine noted that the issue of expert evidence in dust analysis “has been one that has caused considerable difficulties from the beginning”.

The reports were eventually exchanged in April 2021, with joint discussions beginning the following month. The joint report has not been finalised.

Several months later, the defendant discovered that Dr Gibson was in contact with Hugh James from May to November last year, sending over iterations of the working draft of the joint statement. He sent over the first draft unsolicited, “which could only be because he sought their views”, the judge observed.

Though most of the solicitors’ 68 comments over that time highlighted typographical errors or raised queries, “many others (16 are accepted by the claimants) commented or made suggestions on issues of substance”.

There were also email and telephone exchanges in which the progress and content of the joint discussions were shared.

Before the court, the claimants acknowledged that it was “wrong for an expert to solicit input from their instructing solicitors during the process of drawing up a joint statement, just as it is wrong for those solicitors to provide that input”, and that “there was a serious transgression of the rules by the claimants”.

The defendant submitted that the only possible sanction was to revoke the claimants’ permission to rely on Dr Gibson as their expert. To do so, the claimants responded, would be “potentially disastrous” for the action as it would cause “significant” additional costs and delay.

Senior Master Fontaine said that, in the absence of evidence from Dr Gibson, she could not say whether his views changed as a result of the exchanges.

“In my judgment the primary concern, having seen the communications between the claimants’ solicitors and Dr Gibson, is that Dr Gibson’s approach strongly suggest that he regards himself as an advocate for the claimants, rather than as an independent expert whose primary obligation is to the court.”

The judge said Hugh James initially failed to reveal “the full extent” of their communications with Dr Gibson and only did so when “the persistence of the defendant’s solicitors [Clyde & Co] made it apparent that they would not let the issue go”.

Despite the difficulties revoking permission would cause the claimants, Senior Master Fontaine said: “I have concluded that the serious transgressions by the claimants’ solicitors and Dr Gibson are such that the court has no confidence in Dr Gibson’s ability to act in accordance with his obligations as an expert witness.

“The basis upon which the claimants received permission to rely upon Dr Gibson as an expert witness, namely his duties under CPR 35.3, 35PD paras. 2.1 and 2.2, has been undermined.”

While the litigation was at an advanced stage, no trial date has yet been set and the judge said she would allow the claimants to rely on a new expert – even though, had this all come out during the trial, they would not be able to.

She added: “I also take into account that this is a claim in nuisance, where the claimants would, if successful, seek an injunction or declaration as well as damages, so that they would not be fully compensated by a claim against their solicitors.”