Solicitor who told secretaries to fabricate letters is suspended 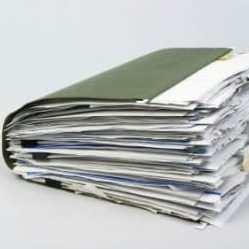 A criminal law solicitor who admitted telling secretaries to fabricate and backdate letters, attendance notes and other documents to regularise his files has been suspended for nine months.

Dean Easthope, currently working as a barrister, was not found to have been dishonest after the Solicitors Regulation Authority (SRA) withdrew the allegation.

The Solicitors Disciplinary Tribunal (SDT) said Mr Easthope’s motivation had been to “satisfy the audit process” at Shrewsbury-based Lanyon Bowdler “and in turn his senior partners”.

The tribunal said it had “considered carefully” whether it was in the interests of justice to allow the dishonesty allegation to be withdrawn.

“There had been no financial advantage to anyone and no client had been disadvantaged. The respondent had recorded what actually occurred on the files, albeit in an inappropriate way.”

Approving an agreed outcome between Mr Easthope and the SRA, the SDT said the regulator accepted that the solicitor’s misconduct was “simply a case of putting the file in the order it should have been”.

The SDT went on: “There was no harm caused to individual clients but the reputation of the profession was harmed.

“The public would not expect a solicitor to backdate or fabricate letters and attendance notes and other file documents.

“This was in the context of an audit, the purpose of which was to ensure high standards were being maintained.”

The SDT heard that Mr Easthope, admitted in 2000, left Lanyon Bowdler in March 2017 and was currently working as a self-employed barrister in Birmingham.

The SRA launched an investigation after receiving a report from Lanyon Bowdler in June 2017 that Mr Easthope had signed “internal audit forms to indicate that corrective actions had been undertaken on files when they had not been, and that he had created letters, attendance notes and other documents, which were back-dated, in relation to those files”.

Mr Easthope admitted that between July 2015 and October 2016, he instructed a secretary to create 41 backdated documents, including letters and attendance notes, for three client files – one of which had been requested by another law firm taking over conduct of the matter.

Mr Easthope also admitted telling another secretary to create 11 backdated documents for a file which had been selected for an audit by the Legal Aid Agency.

In another case, the solicitor asked a third secretary to create six backdated documents which were “file copies only” and not sent to clients.

Mr Easthope’s department supervisor became concerned by October 2016 that “several files were not up to date and required corrective action” and held a meeting where the solicitor agreed that his supervisor would monitor him more closely.

The supervisor later discovered six files where Mr Easthope had signed internal quality audits “indicating that corrective actions had been undertaken on the files, where that did not appear to be the case”.

Mr Easthope admitted instructing secretaries to fabricate and backdate letters, attendance notes and other documents, and signing quality audit reports confirming that he had carried out actions specified on the forms, “when he knew that was not the case”.

He admitted acting with a lack of integrity.Mr Easthope was suspended for nine months and ordered to pay costs of just under £7,000.