Solicitor who sued Lord Chancellor for £4.4m is fined by SDT 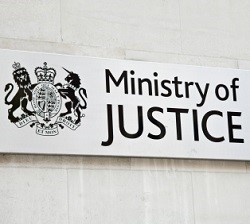 A solicitor who sued the Lord Chancellor for £4.4m after his legal aid contract was taken away has been fined £4,000 by a disciplinary tribunal.

It said Ahmed Mohamed Hersi had breached various rules while “distracted” by his complex High Court litigation with the Legal Aid Agency (LAA).

“He had given no consideration of the risk to the firm and had been naïve in his governance of it,” the tribunal said.

Among the charges were that Mr Hersi had failed to pay £7,957 in fees to Garden Court Chambers for the litigation – with some counsel out of pocket for six years – although he told the tribunal that he had now paid £5,900 of it.

The debt triggered an investigation into Hersi & Co, based in north-west London, after the Bar Council told the Solicitors Regulation Authority (SRA) that Mr Hersi had been added to its List of Defaulting Solicitors.

The Solicitors Disciplinary Tribunal (SDT) said there was an “element of breach of trust” in that counsel expected to be paid and “individual barristers had waited some six years for payment of their fees”.

Mr Hersi argued, in mitigation, that “but for the LAA litigation, he would not be before the tribunal”. He said the litigation had “gone on for seven years and had cost him a large amount of time and money”.

He launched judicial review proceedings in 2010 against the Lord Chancellor, claiming loss of earnings of £4.4m over the LAA’s refusal to award his firm a contract for immigration and mental health work.

The High Court dismissed it last November, although Mr Hersi told the SDT that the Court of Appeal was considering his application for permission to appeal.

The SDT recorded: “This would mean that less time would be spent on the litigation from now on and the respondent told the tribunal that his intention was to concentrate on re-establishing his office in a way that was financially viable.”

However, it said the reputation of the profession was harmed when solicitors did not pay their bills and those providing services to them were left out of pocket for many years.

Mr Hersi’s misconduct was aggravated by repeated failures and his admission that “he would probably not have paid counsel at all had the SRA not investigated him”.

The tribunal noted that Mr Hersi had invited it to “make a finding that it was reasonable for him to have brought his litigation against the LAA”.

The SDT replied that not only did it not have jurisdiction to make such a finding, but it would also have been “wholly inappropriate” to make any comment on the merits of ongoing litigation.

Mr Hersi was born in 1972 and admitted in 2003. He told the SRA’s investigating officer that “this case is more important than whether Hersi & Co continues to trade in the long run”.

The SDT found that the sole principal had broken the accounts rules, including by failure to maintain proper records for six years and to conduct reconciliations.

He was found to have breached SRA Principles by failing to run his business effectively and “in accordance with proper governance”. He delegated much of the running of the firm to his unadmitted brother while focusing on the litigation.

He was also found to have failed to behave in way that maintained public trust in the profession by not paying Garden Court Chambers.

Mr Hersi denied all the allegations. The SDT said that as there was no allegation of dishonesty or lack of integrity, a financial penalty was appropriate. He was fined £4,000 and ordered to pay costs of £10,000.

The SDT also criticised the SRA for its delay in bringing the case – there were 18 months between finishing what had been a “short investigation” and the regulator lodging the case at the tribunal even though it was not a particularly complicated matter.

It was “not satisfactory” that Mr Hersi had had the case hanging over him for this length of time, it said.