Solicitor who sent abusive emails to SRA is struck off 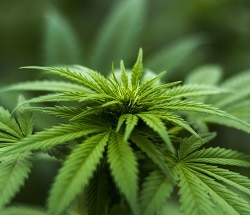 A solicitor who sent abusive emails to members of staff at the Solicitors Regulation Authority (SRA) and former colleagues has been struck off.

Luke Stephen Venton, 39, had convictions for drink driving and possession of cannabis going back to 2014, which he failed to disclose to the SRA, and was convicted last summer of possessing a knife in a public place.

He responded to a £500 fine and £600 charge from an adjudicator at the SRA by telling a member of staff at the regulator to “stick your adjudication invoice up your a**e you f*****g w****r”.

He followed this up by more foul language, and after a warning that “offensive, inappropriate, insulting and threatening language” was a breach of the rules, told the member of staff who mentioned it to “f**k off, you c**t!”.

Mr Venton sent equally abusive emails to former colleagues at a law firm in Exmouth, Devon, describing them as “sick c***s” and “an absolute disgrace to the human race”. The tribunal also heard examples of abusive emails sent to third parties.

The Solicitors Disciplinary Tribunal (SDT) said: “The public would be shocked to know that a solicitor had the propensity to send emails to the regulator, fellow members of the profession and third parties, which contained profanities and abusive language.”

The SRA said it had written to Mr Venton asking him if there were “health concerns” which might cause him to behave in this way, and he had replied that he had suffered from “mild to moderate depression treated with medication since 17 years of age”.

However, asked for further details, the solicitor replied that his medical record was confidential and failed to produce any medical evidence.

The SDT heard initially that the SRA refused to admit Mr Venton to the profession at the end of his training contract in 2009 because of concerns over his character.

Mr Venton had declared a conviction for drink driving in 2003 and two cautions he received as a teenager – one for disorderly behaviour and one for making off without paying for a taxi.

The solicitor appealed to the High Court against the SRA’s decision not to admit him, but his appeal was rejected by Lord Justice Elias, who said Mr Venton had been “less than frank” with the authorities.

However, after a further application, Mr Venton was admitted to the roll of solicitors in 2012.

The tribunal adjourned its first hearing in February this year, on the grounds that an independent assessment of Mr Venton’s mental health would help it reach findings of fact and decide on sanction.

However, counsel for the SRA told the reconvened hearing in September that the solicitor had “decided not to co-operate with the preparation of a medical report”, unless the SRA paid a “significant sum of money to secure his co-operation”, which the regulator declined to do.

The SDT found that Mr Venton had breached several SRA Principles by being convicted of drink driving and cannabis possession and failing to notify the SRA about it.

Using “offensive, inappropriate, insulting and threatening language” was a further breach of the rules, including principle 2 (lack of integrity).

The tribunal found that the solicitor’s conviction last year for possessing a knife in a public place without good reason broke further rules.

Mr Venton said in mitigation that he had not worked in the law for two years and was living on Universal Credit. He was struck off and ordered to pay costs of £7,000.