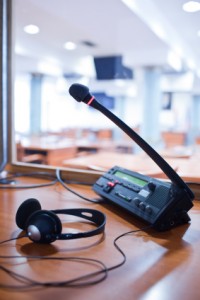 A solicitor who paid cash received from clients into her personal bank account has agreed to remove herself from the roll for four years.

Eva Zsuzsanna Holthausen said the money she thought she was entitled to the money because of translation services she had provided.

Ms Holthausen, formerly of East London firm Spence & Horne, has had her referral to a disciplinary tribunal rescinded as a result of the regulatory settlement agreement she entered into with the Solicitors Regulation Authority (SRA).

According to the agreement, Ms Holthausen acted for clients in a housing matter. They received three invoices over a period of months, in which the disbursements included translation work the solicitor had undertaken but was not specifically identified on the invoices.

The clients made two cash payments to Ms Holthausen and she paid the money into her personal bank account, rather than the firm’s client account.

Later on, she sent cheques from her personal account to pay counsel and surveyors who had been instructed on behalf of the clients. She retained what was left – which she said was not much – to reflect the time she had spent on the translation work.

Ms Holthausen admitted to multiple rule breaches, but put forward mitigation that was expressly “not adopted or necessarily accepted by the SRA”.

She explained that she had previously worked as an interpreter, setting up her own business which was dissolved before qualifying as a solicitor.

She accepted that she breached the SRA Accounts Rules, but not that she had behaved dishonestly, pointing out that she did not try to hide that she was paying money from her personal account.

Ms Holthausen said she retained money for translation work, “as she believed that she could charge for this work on her own account and believed she was entitled to keep the money herself”.

Further, she thought it unlikely that she would be able to continue to practise as a solicitor anyway due to a long history of poor health.

Ms Holthausen has undertaken to apply to remove her name from the roll and not seek restoration to it for four years, nor work in any regulated legal business for the next four years.

Should she seek to return to the roll, she would have to provide a medical report confirming she was physically fit to work.

The SRA said that given her admissions, this outcome was “proportionate in all the circumstances” considering the evidence about her poor health history.