Solicitor who misled tribunals on Ugandan law is struck off 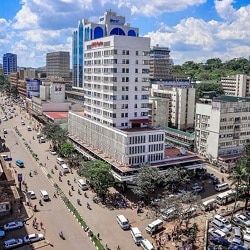 A solicitor who misled the First-tier and Upper Tribunals in immigration cases about anti-gay legislation in Uganda has been struck off by the Solicitors Disciplinary Tribunal (SDT).

However, the SDT was highly critical of the costs claimed by the Solicitors Regulation Authority (SRA) in the case, which were slashed from over £42,000 to £15,000.

Peter Collins Maku-Kemi told the tribunals that an anti-homosexual ‘reporting offence’, proposed in a bill by the government of Uganda but later dropped, had been enacted into law.

In a skeleton argument lodged with the First-tier Tribunal on behalf of a client, Mr Maku-Kemi said it was a criminal offence punishable with imprisonment for a relative who knew somebody was a lesbian or a gay man not to report them to the authorities.

The solicitor used it to explain why the client, a married woman who claimed asylum on the grounds that she was a lesbian, needed to remain in the UK. He said the woman’s husband wanted her out of the country to avoid having to report her or face punishment for not doing so.

Mr Maku-Kemi said the proposed legislation was “often called the ‘Kill the Gays bill’ in the media due to the originally proposed death penalty clauses” and had been passed by the parliament of Uganda. He acknowledged that the death penalty sanction had been replaced with life in prison.

The SDT found that Mr Maku-Kemi knew this reporting offence was only part of a bill and removed before it became an Act. The Act was later struck down by the Ugandan Supreme Court.

The application for asylum was rejected by both tribunals, with the Upper Tribunal expressing concern about the incorrect information, which had been highlighted by the government in its defence.

Rejecting Mr Maku-Kemi’s argument that, despite being a qualified solicitor, he did not appreciate the distinction between a bill and an Act, the tribunal found that he had acted dishonestly.

There was also no evidence on the file to substantiate that the husband was in fear of the reporting offence.

The SDT heard that Mr Maku-Kemi, admitted in February 2013, worked as an employed solicitor at Jesuis Solicitors in Ilford, Essex, until September 2015, when he became a consultant. The firm closed in December 2017.

The client complained and a further incident in which the solicitor misled the First-tier Tribunal was uncovered by the regulator during its investigation.

The SDT found that, in another client’s appeal against a Home Office refusal decision, Mr Maku-Kemi “represented or allowed it to be represented” that he had received the letter later than he did.

This aim was to lay the ground to argue that he received the letter too late to appeal. He was found to have acted dishonestly on this too.

Mr Maku-Kemi’s counsel argued in mitigation that he had no previous disciplinary history, the offences occurred as a result of his inexperience and he had demonstrated “genuine remorse and insight”.

Rejecting these arguments, the SDT said inexperience did not mitigate against misleading the court on three occasions, and there was nothing “unusual or exceptional” about Mr Maku-Kemi being the main breadwinner for his family or having experienced “strain and stress” because of the proceedings.

He had failed to demonstrate insight into his misconduct and instead blamed his colleagues.

“The tribunal had the benefit of receiving oral evidence from the respondent and found him to be a thoroughly unimpressive witness.

“His evidence changed from question to question and he only resiled from the disingenuous accounts given when confronted which contemporaneous documentary evidence which vitiated his position.”

The SRA claimed costs of £42,600, but the tribunal said the bulk of them were “wholly disproportionate to what was a very straightforward case”.

“There was an inordinate number of fee-earners at Capsticks (two partners, six lawyers and six paralegals/trainees) who, in total, spent over 280 hours on progressing the case to a substantive hearing. That level of input was disproportionate, unreasonable and inevitably resulted in duplication of work.”

The tribunal said it was further concerned that, having at first cited an in-house counsel at Capsticks for the main hearing, the task was later given to external counsel at “great expense”, which should not be borne by Mr Maku-Kemi.

An additional factor was the withdrawal of two allegations against the solicitor by the SRA, including an allegation of dishonesty.