Solicitor who made fake legal aid claims is struck off 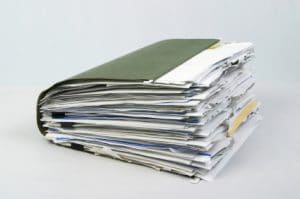 A solicitor who made thousands of pounds worth of fraudulent legal aid claims has been struck off by the Solicitors Disciplinary Tribunal (SDT).

The tribunal said Mr Mukoro’s culpability was “of the highest order” and he had caused “colossal damage” to the reputation of the profession.

“He had created false documents and amended documents on files so as to cause them to appear as if they could be properly claimed when he knew that was not the case.

“Those actions were clearly planned. It took some foresight to rip references off letters sent to him in his previous employment, and to amend dates on key documents.”

The tribunal said Gans & Co had employed the solicitor, who had less than a year’s post-qualification experience, and not put in place “any mechanisms” to supervise him.

“This was not a trivial or technical breach of its obligation. The second respondent’s failings had led it to suffer severe financial repercussions, and had allowed fraudulent claims to be submitted to the Legal Aid Agency (LAA).”

The SDT heard that the LAA reviewed six of Mr Mukoro’s files in which First-tier Tribunal hearings “seemingly attended” did not take place.

The LAA then reviewed a further 96 of the law firm’s mental health files, in which 24 hearings had not taken place, resulting in £22,600 being improperly claimed.

“The LAA was unable to locate a number of further files, resulting in it recouping a further £176,716 from the second respondent, as the claims for payment could not be substantiated.”

Mr Mukoro, admitted in 2011, was employed by Gans & Co as an associate solicitor to supervise its mental health department, based at its branch office in Deptford, London.

The LAA submitted a report to the Solicitors Regulation Authority (SRA) in 2015, triggering an SRA investigation. This found, among other things, 15 files where hearings had not taken place as described, resulting in improper claims of £11,160.

During the investigation, both Mr Madoro and the law firm agreed that files “appeared to have altered”, and that fraudulent claims on the LAA had been made, but denied being aware that the files had been altered.

Mr Madoro was found by the tribunal to have “knowingly caused payments to be claimed” from the LAA in respect of hearings which had not taken place, and, to have altered and/or added documents to files to “make claims to the LAA appear to have been legitimately claimed when he knew they were not”.

In doing this, he had breached SRA Principles 6 and 2 (acting with integrity) and he had acted dishonestly.

The solicitor denied the allegations, claiming he was the victim of a fraud perpetrated by one of the partners at Gans & Co “with the intention of framing” him.

The SDT “rejected in its entirety” this defence, describing it as a “later fabrication” by Mr Madoro, who did not allege any conspiracy during a police interview or correspondence with the LAA.

The tribunal also rejected the argument that it should not carry out its “statutory duty” because the Crown Prosecution Service had decided against charging the solicitor with any criminal offences.

Gans & Co was found by the SDT to have failed to have in place “any or adequate systems for the supervision of client matters” being conducted by Mr Madoro, breaching SRA Principles 6 and 8. The law firm denied the allegation.

However, the tribunal said the law firm was “wholly culpable” for its failings, while noting that steps had been taken to ensure the situation did not happen again.