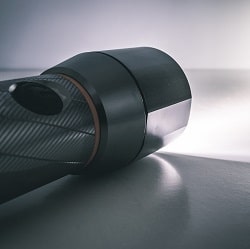 A solicitor who lied about gifts he received from a client has been struck off by the Solicitors Disciplinary Tribunal (SDT).

The tribunal said that instead of “confessing to his manager”, Robert Leslie Perry had embarked on an “elaborate deception” involving a fake invoice.

“It was not a one-off gift of a small amount, it was over £4,000 made up of significant payments on several occasions over a four-month period”.

The SDT said Mr Perry’s motivation “arose from a desire to hide the true situation from his employer” and he produced the false invoice “so that he would not have to repay the money”.

Accepting gifts without advising his client to get independent legal advice and “dishonest attempts to mislead his employer” were both damaging to the reputation of the profession, it said.

The tribunal found that neither Mr Perry nor his client, called Mr C in the ruling, were reliable witnesses at the hearing; Mr C’s evidence, it said, had “clearly been driven by a loathing” of Mr Perry.

“The tribunal noted that the respondent had received substantial amounts of money from Mr C at a time when Mr C had paid no money in fees to the firm.

“The respondent told the tribunal he had been troubled by these payments but had nevertheless accepted them.”

The SDT said Mr C admitted making other gifts to the respondent, “such as a torch and a coat”.

Mr Perry was born in 1968 and admitted to the roll in 1998. From January 2013 until July 2014, he was an assistant solicitor at Burrell Jenkins in Staffordshire.

The Solicitors Regulation Authority (SRA) said that in November 2012, Mr C instructed the firm to defend him in relation to a criminal allegation of harassment. Mr Perry later became the conducting fee-earner.

Mr C’s partner, Ms P, also instructed the firm. Both clients accepted a caution in March 2013 and their retainer ended.

The SRA said between March and July 2013, Mr C instructed Mr Perry to obtain an injunction against one of his former partners.

The regulator detailed a series of payments made by Mr C to Mr Perry, saying that Mr C believed they were being paid to the firm, “when in fact some of them were being paid into the personal business account of the respondent”.

Mr Perry argued that “the additional monies” were gifts from Mr C.

The tribunal rejected the SRA’s allegation that the solicitor had “improperly requested a client to pay legal fees into his personal bank account”.

However, it found that Mr Perry had accepted a gift from a client without telling him to get independent legal advice, an allegation that was admitted.

Mr Perry further admitted the facts behind the allegations that he had misled his employer, in telling the firm he had done £2,000 of work “for a client outside his employment”, when he had not. However, he denied dishonesty.

The tribunal found that the solicitor “knew that he had not done £2,000 of work” and “knew that what he had told his employer was, in his words, ‘rubbish’”.

Mr Perry had “prepared the invoice himself and he knew that the contents of the invoice did not reflect the truth”.

Having considered his explanation – that he “intended to bring the matter to his own doorstep” and “ensure that the firm was absolved from any blame” – the tribunal “found it implausible that the respondent had some altruistic approach to this matter”.

Mr Perry was also found to have “worked for clients on his account, without authority to do so”, and worked without the benefit of professional indemnity insurance.

In mitigation, Mr Perry said he had left his job with the law firm, and left the duty solicitor scheme, and instead had been prosecuting for the Crown Prosecution Service on a part-time basis.

However, the tribunal decided that Mr Perry should be struck off and ordered to pay costs of £11,000.

Meanwhile, a barrister has been disbarred for sending a series of emails that misled a client as to the progress of their case.

John Grahame Mitton, who was called in 2003 and practised from Old Court Chambers in Middlesbrough, sent 14 emails in 2015 to his client that said he had lodged an application to settle the proceedings and had sought a hearing date, when he had done neither.

The Bar Standards Board’s director of professional conduct, Sara Jagger, said: “The tribunal found that Mr Mitton had acted dishonestly and that his conduct was likely to have diminished the trust and confidence which the public has a right to expect from barristers.”