Solicitor who felt “intimidated” by clients struck off 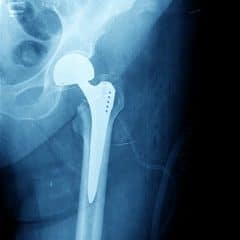 A partner who said she felt “threatened and intimidated” by clients who would not accept her advice to discontinue has been struck off for lying about the progress of their cases.

Bethany Sarah Reay claimed she also suffered from mental health problems at the time, but did not seek to argue that this was a reason not to strike her off.

The Solicitors Disciplinary Tribunal (SDT) said it was “a serious case of numerous incidents of dishonest conduct spanning a significant period of time”.

Ms Reay admitted that she had acted dishonesty between 2013 and 2017 in what she said to four clients, and also to an opponent.

In an agreed outcome with the Solicitors Regulation Authority (SRA), Ms Reay admitted making one personal injury client believe that their claim over a failure to diagnose Type 1 diabetes was being progressed, when in fact it had either not been served or had lapsed for want of service.

In the second case, a claim over a hip replacement, Ms Reay again did not serve proceedings and also misled both her client and the NHS Litigation Authority (as was) that expert witnesses had been instructed, when in fact they had not been.

In another clinical negligence case, Ms Reay failed to issue proceedings but told the client and their litigation friend that the case was progressing.

In the final matter, a claim against a consultant, Ms Reay discontinued the matter without instructions and again misled the client into thinking it was still going on.

In mitigation – which was expressly neither adopted nor “necessarily accepted” by the SRA – Ms Reay said she was suffering from an anxiety disorder at the time and that JMW was aware that she was being treated for mental health problems.

She claimed she was unable to cope with her workload and was offered little support by the firm – the firm was not a party to the agreement or hearing.

The mitigation continued: “She failed to persuade clients, on matters where their claims were not meritorious, to accept their position and then did not handle the situation in an acceptable way.

“She did not respond appropriately when she felt intimidated and threatened by clients who were not prepared to accept that their claims could not proceed.”

Ms Reay said she was no longer practicing and did not intend to work as a solicitor again.

But she did not contend that this mitigation amounted to exceptional circumstances which would justify any decision other than striking her off.