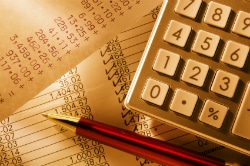 A criminal defence solicitor has been struck off for dishonestly claiming £7,000 from the legal aid fund and falsifying documents to cover up his mistakes in double-booking advocates – at a time when he said he was suffering from severe depression which led him to drink and take un-prescribed drugs.

The Solicitors Disciplinary Tribunal said it gave “due weight” to Dilaor Miah “being afflicted by mental illness from some time in February 2012 until the end of that year and the impact on him of the combination of self-medicated benzodiazepine drugs and alcohol”.

It also made allowances for the fact that, “for cultural reasons”, an unspecified “trigger event” had considerably more impact on Mr Miah than it might have had on someone else.

“Nevertheless,” the tribunal concluded, “his actions were deliberate and sophisticated and in evidence he described the degree of foresight that went into managing his situation.

“The tribunal could find no exceptional circumstances such as would justify a sanction less than strike off.”

Mr Miah, born in 1975 and qualified in 2004, was a solicitor in the Birmingham office of national firm Thompsons.

He had been employed as a senior fee-earner for five years at the time the misconduct occurred – over several months in 2012 – and was suspended in November 2014 pending an investigation into his attendance at work. He subsequently resigned in January 2015. At this point, his actions in 2012 came to light.

Each of the six cases involved a supposed attendance at an interim hearing before a magistrates’ court by a solicitor-advocate at another firm of solicitors as an agent for Mr Miah, when in fact the solicitor-advocate had been cancelled at short notice, and either Mr Miah or junior counsel had attended instead.

He created fictitious invoices and other false documents, such as telephone attendance note about the outcomes of the hearings, to mislead his employer and claim legal aid payments to cover the cancellation fee due to the solicitor-advocate and any fee payable to counsel.

Counsel for the Solicitors Regulation Authority (SRA) said the effect of the scheme was to transfer costs following from Mr Miah’s failure to cancel the solicitor-advocate’s attendance in good time “away from the firm and onto the public purse”.

Thompsons, which reported Mr Miah to the SRA, repaid the £7,300 it had received from the cases.

According to Mr Miah, the misconduct occurred following the trigger event and then a “protracted and emotionally draining separation from his wife and children”, which directly impacted on his work.

The tribunal recorded that “he stated that he had booked counsel or an agent knowing he was lacking in confidence and mental agility to do the advocacy work himself but then, at the last minute, he would do the hearing and forget that he had booked alternative representation or cancel the agent”.

Mr Miah said that, after his marriage broke down, he “rapidly descended into depression”, using anti-depressants as a coping mechanism and drinking substantial amounts of vodka on a daily basis.

But he told the tribunal that he had learned to seek medical help – which he did not do at the time – and be more open about his illness with his doctors, his family and his friends.

The tribunal found that Mr Miah had been suffering from “mild to moderate”, rather than severe, depression at the time.

“[But] he was not so affected by the combination of his depression, his intake of alcohol and self-medication with un-prescribed drugs of unknown and possibly fluctuating strength, that he could not appreciate that he should not falsify documents, and that he should not deploy false documents in the manner that he had”.

The tribunal said that, whilst much was made of Mr Miah not benefitting financially from his actions, “he benefited in relation to his reputation by doing so, by concealing the reality of the double bookings from his employer”.