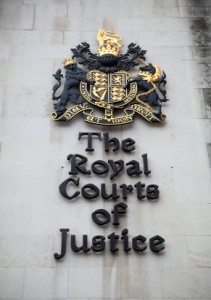 The High Court has dismissed an appeal against a disciplinary sanction imposed on a solicitor who refused to pay a wasted costs order, and then went bankrupt as “the only way in which he could secure evidence to support his assertions of dishonesty” against a law firm and its barrister.

Mr Justice Foskett said Geoffrey Sinclair Blakey, a sole practitioner in Nottingham, faced an “enforceable legal obligation” to pay £8,000 under the court order to a firm of solicitors, referred to as ‘S’.

Foskett J said Mr Blakey, who accused both S and its barrister ‘B’ of dishonesty in their conduct of the underlying case, “chose not to pay the sum due” even though his insurers would have covered most of it.

“Not only did he choose not to pay, but it seems that he chose not to do so in order that ultimately he would be made bankrupt.

“He saw this, he says, as the only way in which he could secure evidence that would support his assertions of dishonesty by S and B in the proceedings…

“His rationale, as I understand it, is that it is only in bankruptcy proceedings that can go behind the order of another court for the purposes of determining whether the obligations created by that order are truly enforceable, in the sense that it has been arrived at as a result of a lawful process.”

Delivering judgment in Blakey v Solicitors Regulation Authority [2014] EWHC 2168 (Admin), Foskett J said Mr Blakey, who had practised in Nottingham as Sinclairs Solicitors, was made bankrupt in April 2013. As a result his practising certificate was suspended.

The Solicitors Disciplinary Tribunal (SDT) imposed a fine of £2,000 on the former sole practitioner in July last year, and ordered him to pay £4,250 towards the costs of the hearing.

The SDT found that he was in breach of principles 6 and/or 7. Principle 6 requires solicitors to behave in a way that maintains public trust and principle 7 to comply with their legal and regulatory obligations.

Foskett J said the SDT was “entirely right” in its conclusion that there was nothing in Mr Blakey’s grounds of appeal. He said the tribunal had “deliberately reduced the penalty” to take into account Mr Blakey’s age and inability to practice.

The judge also noted that “whilst many would question the judgments [Mr Blakey] made in deciding to pursue” the bankruptcy route, the SDT “held he had ‘had held misguided albeit genuine belief that he had acted in his client’s best interest’. The SDT made no adverse finding in respect of his integrity”.