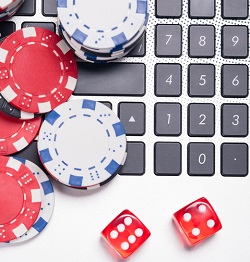 A solicitor who used £500,000 of money in his firm’s client account to feed his gambling addiction – although he paid most of it back in winnings – has been struck off.

Kam Cheung Mak had told the Solicitors Disciplinary Tribunal (SDT) that the stress of running a small legal aid practice specialising in immigration work had taken its toll, and he first began drinking in secret – “to the point of being an alcoholic” – before starting to gamble online.

Over a period of nearly five years, Mr Mak – who had been a partner at East London firm MKM Solicitors before the Solicitors Regulation Authority (SRA) shut it down in March 2017 – made 204 transfers totalling £511,618 from client to office account, almost all of which were in round figures, and transfers to his personal bank account.

He told the tribunal that each one represented an agreed fee for work done, but he admitted to making an “educated guess” as to the amount due, and did not raise invoices.

He used a suspense ledger in the client account so that the accounts appeared to reconcile.

There were also 138 office to client transfers, which came from winnings paid into Mr Mak’s personal account, which in total amounted to £500,253.

The SRA said that, in all, around £2m went in and out of his personal account over the period.

The SDT ruled that his actions were dishonest: “The tribunal was sure that ordinary decent people would find a solicitor who took money in the circumstances that the respondent had and had recorded transfers in a suspense account and who had not been absolutely sure that the money was his was dishonest.”

It acknowledged that there was no evidence of significant direct harm to any individual client, and that Mr Mak had acknowledged his addictions, but these mitigating factors “did not outweigh the aggravating factors”.

It said: “The misconduct was serious and was repetitive. There were times when the amount held in client account was virtually zero and less than the amount of client monies that should have been held at the time.

“[Mr Mak] had guessed at the amounts he could take and had taken a cavalier approach to the SAR [Solicitors Accounts Rules] and client money. He had benefited in that he was able to access monies to fund his gambling habit. He used the money as his own and was able to access funds with no notice and without exceeding his overdraft limit.

“The SAR were stringent and prescriptive to avoid this sort of practical problem and whilst no identifiable client lost money, there was an adverse effect on the reputation of the profession.”

In April, Susan Marziano – who had been both Mr Mak’s business and life partner – was fined £20,000 by a separate tribunal for abrogating her responsibilities by not taking any role in the financial management of the firm.

In his mitigation, Mr Mak said the relationship had ended following these events.

He had sought help from his GP, been referred to counselling and had, through a mentor, been introduced to legal healthcare charity LawCare, which encouraged him to attend meetings at Alcoholic Anonymous and Gamblers Anonymous to address his problems.

He told the SDT that he did not make excuses for his conduct but he had taken steps to address what were illnesses. At the time of the misconduct, he said, “he found it difficult to accept that they were illnesses”.