Solicitor turns to crowdfunding to back online contracts business 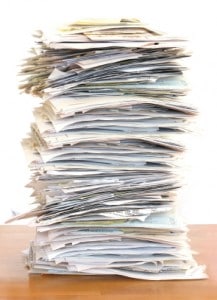 A young solicitor entrepreneur is seeking crowdfunding for an online documents business that will offer instant contracts via a mobile app and alert customers by e-mail to relevant law changes.

Victoria Hamilton (not her real name – her current employer would rather she focused on litigation), who is newly-qualified, is hoping to raise at least £35,000 through crowdfunder indiegogo, but at the time of writing had not yet received any investment.

Her pitch described the venture, The Law Studio, as “a technology platform making the law simple, accessible and affordable” that will “bridge the gap between what consumers and businesses want from a legal services provider and what is currently on offer”.

It would offer documents ranging from pro-forma templates and advice leaflets to bespoke agreements for complex matters.

Ms Hamilton said she had already “come a long way” in drafting many of the documents, but £15,000 of the cash sought would be spent on the creation of further agreements. Another £15,000 would be spent on graphic design, and £5,000 on company creation and associated costs.

Speaking to Legal Futures, Ms Hamilton said she had made initial enquiries with the Solicitors Regulation Authority (SRA) as to whether the business should be regulated, but it was not yet clear if it could operate simply as a platform with a panel of regulated law firms.

She said she had completed market research at a cost of around £8,000, and “honed the concept accordingly”. The plan was to obtain funding “to get the idea off the ground” and then to seek equity investment or bank loans.

She believed that The Law Studio would differ from other online documents platforms because it not only offered “a simple low-cost service, but we also offer complete peace of mind” by giving all buyers of agreements the option of storing them at no cost.

In addition, a free alert service would mean that if the law changed within the next five years “in such a way that it might impact upon the agreement created”, customers would be told by e-mail. They would then be offered a discounted option to amend the agreement.

The Law Studio’s mobile app was “unlike anything else in the market” in giving the opportunity to create and sign documents instantly. She explained: “Our market research revealed that with contracts for services and the like, frustration often arises when, following a meeting agreeing terms, both parties must then wait for that agreement to be drafted and then sent to both parties for execution before work can commence.

“With [our] app, the agreement could be created and executed in the boardroom once an agreement has been reached.”

She said the business would “put client care at the heart of all of our services”. She acknowledged that the proposition was easily copied, adding: “There is no way around that, which is one of the main reasons I am so keen to launch this ASAP, to ensure we can capture the market and build a brand.”

Describing her motivation for launching the venture, Ms Hamilton said: “One of the most disappointing things for me is that I only see most clients once a problem has arisen. A lot of the time this is because the agreements in place are quite simply a nonsense… or there is nothing at all.

“I think for many small businesses seeking the services of a law firm to draft their terms of business and contracts is too expensive and often impractical for the way they conduct their business. This is what I want to change.

“I think most people are now aware of the importance of protecting themselves and I want to ensure businesses and individuals understand the law and are able protect themselves; I do not however feel that should be something which is costly, complex or time consuming.”