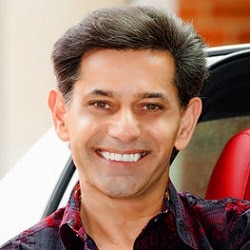 Paul Baxendale-Walker, a struck-off solicitor who went on to become an adult film producer and actor, and bought Loaded magazine, has been handed a 10-year bankruptcy restrictions order.

The order by Insolvency and Companies Court Judge Mullen means that Mr Baxendale-Walker – also known as Paul Chaplin – has to disclose his bankruptcy status if he attempts to secure £500 or more in credit and he cannot act as a company director without the permission of the court.

Mr Baxendale-Walker had previously advised wealthy individuals on tax avoidance schemes, which were later found not to be legal – these included the controversial schemes involving Scottish football club Rangers.

The 56-year-old was declared bankrupt in the High Court in July 2018 on the petition of a creditor. This followed a ruling where it was found that Mr Baxendale-Walker gave negligent tax advice to a client, resulting in the former barrister being liable for damages of circa £16m.

During his bankruptcy proceedings, however, he failed to make a full and frank disclosure of his affairs to the Official Receiver or joint trustees.

These included the existence or extent of his ownership of a home – purchased for close to £300,000 shortly before his bankruptcy – or that he attempted to gift his ownership in the home to an associate to the detriment of his creditors.

He also failed to disclose he held an interest in the lease of a property in Knightsbridge rented for more than £177,000.

According to the Insolvency Service, he understated his annual income to the Official Receiver and joint trustees, and also permitted or assisted the concealment, removal or destruction of electronic devices believed to contain records relating to his affairs.

The Official Receiver, Anthony Hannon, said: “Paul Baxendale-Walker knew exactly what he was doing when he failed to disclose all his assets to the Official Receiver and the courts have rightly recognised the severity of his actions by restricting his activities for a decade.”

Mr Baxendale-Walker has often featured in the tabloids and appeared in some of the adult movies he produced. In 2016, he was fined after being found guilty of impersonating an official from HMRC in dealings with the Solicitors Regulation Authority.

Mr Justice Males memorably began a 2013 ruling involving him thus: “Paul Baxendale-Walker (who also goes by the name Paul Chaplin) was formerly a barrister and then a solicitor specialising in tax law.

“Some people might have found that exciting enough, but since 2005, when he acquired and ran a company making pornographic films in which he also starred, he has been active in the sex industry. He describes himself now as a wealthy man living a playboy lifestyle.

“Those who are interested can apparently find details in the pages of Loaded magazine, which he purchased in May 2012.

“His lifestyle involves essentially casual relationships with multiple sexual partners, a group or club of women known as his ‘hunny bunnies’ to whom, in return for their sexual favours, he makes lavish gifts, including money, clothes and holidays, as well as providing flats and cars for their use.”