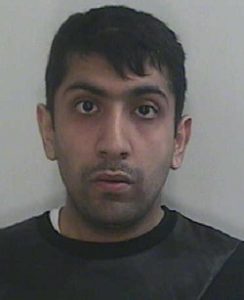 Two solicitors, a trainee and a paralegal are among six men who have today been jailed for a total of 13 and a half years at Liverpool Crown Court for insurance fraud that cost victims £426,000.

According to the IFED, the criminality first came to light in September 2012, when Suleman, a qualified solicitor working at Faleys Solicitors in Blackburn, made a claim on behalf of his wife, after her Mini Cooper fell from a ramp when it was being repaired.

The car was written off and Suleman submitted a claim to NIG Insurance via Farleys, bypassing the firm’s procedures. He also claimed for solicitors’ fees and the hire of a vehicle from Matrix Car Hire, which purported to be controlled by Patel.

It was later found that the hire vehicle was in fact being advertised for sale at a car dealership in Kent, and neither the dealership nor the new buyer knew anything about Patel and Suleman. Insurer NIG queried the claim and referred the case to IFED in April 2013 and an investigation was launched.

The following year, Suleman and Patel were arrested and their properties searched, with files on a computer seized from Suleman’s house showing he was involved in a number of fraudulent medical insurance claims.

Patel also had a number of fraudulent invoices which had been altered to show treatments which had never been given to patients. Whatsapp conversations on their phones “began to show the size of the organised criminal network involved”.

Officers subsequently arrested Nadim Iqbal at Dylan Nair Solicitors, where he was working as a paralegal. A search of his desk found falsified medical reports with Farleys Solicitors referenced.

Nadim Iqbal also had several incriminating photographs of invoices on his phone, one showing an invoice and a Dylan Nair cheque for £3,000 made payable to Butler.

When officers searched the boot of Nadim Iqbal’s car, they found eight claim files for road traffic accidents, a number of which “appeared unusual”, with for a client linked to Plus One Medical, a company with which Dylan Nair had no trading relationship.

When officers investigated Plus One Medical, they found that fraudulent claims were being made. Further investigation into the cheque made payable to Butler led officers to Wasim Iqbal, who was employed by Eastway Solicitors as a trainee solicitor.

Wasim Iqbal was found to be a close friend of Butler, who was the director of Plus One Medical. The pair were arrested and officers found a bundle of fraudulent Plus One Medical invoices on Wasim Iqbal’s desk at Eastway Solicitors. Butler’s computer and phone were seized and later examination of these items showed them to be making fake medical claims.

Further examination of Suleman and Patel’s phones led detectives to arrest Salya, a solicitor, in February 2015. He was found to be a key player in ReplaceMyCar, a fraudulent hire care company that Suleman and Patel had been naming when they had been making false claims.

Head of the IFED, Detective Inspector Oliver Little said: “We have been investigating these solicitors and their associates for a number of years, working tirelessly with the insurance industry, Lancashire Police and the solicitors firms involved to ensure that these men were finally brought to justice.

“These men abused their professional roles, betrayed their employers and exploited the insurance industry for their own monetary gain. Today they are facing the consequences of their greed and these sentences should help to deter other professionals from pursuing a criminal path”.

In a statement, Farleys Solicitors thanked the police for their work. “As a solicitor, Mr Suleman was required to conduct himself with integrity and to the highest professional standards. Instead, he conspired with others to embark on a complex fraud, letting down his clients, the good name of Farleys and the solicitors’ profession.

“We have ensured that no client has suffered any financial loss as a result of his conduct which has been reported to the Solicitors Regulation Authority who will now take steps to remove him from the roll.”

James Dalton, director of general insurance policy at the Association of British Insurers, added: “The dishonesty of these solicitors and their associates tarnishes the reputation of those honest claimant lawyers.”