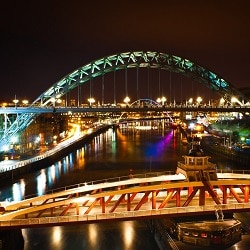 A solicitor who told a client to pay his firm’s fees into his personal bank account has been struck off by the Solicitors Disciplinary Tribunal.

The tribunal did not believe Gary Ackinclose’s claim that he had provided his account details by mistake during a period when his work both at the firm – where he was a self-employed consultant – and elsewhere had led to “considerable fatigue”.

Mr Ackinclose, born in 1967 and qualified in 2001, worked at The Associate Law Firm in Newcastle.

The client paid £3,700 into his bank account in four tranches between November 2014 and March 2015, and the solicitor paid it back to the firm, first in February 2015, then in April, but the final £2,000 was not repaid until May 2016. His contract was terminated soon after.

A director of the firm, Jane Jelly, told the tribunal that she was aware Mr Ackinclose had been dealing with cash flow issues – which the firm had sought to support him with – but did not feel these amounted to financial difficulties.

She described two times that Mr Ackinclose had told her about payments into his account, saying that based on his panicky demeanour, she believed him when he said they were mistakes.

In his evidence, Mr Ackinclose said he felt he was doing well financially and had no financial difficulties until April 2015, when he had lost some work from another company and at the college where he was teaching.

The tribunal found that there was no need for Mr Ackinclose to put his bank details in the covering emails to the client when the firm’s details were in the attached invoice, and that he had taken a “conscious decision” to do so.

“The tribunal accepted that [he] may well have been tired and overworked, but it did not accept [his] evidence that this was the reason for sending the bank account details…

“However, even if that had been the case, such factors could not and did not amount to a legitimate reason for giving his own personal bank details to a client and asking for payment into that account.”

The tribunal also accepted evidence from Ms Jelly and another colleague that Mr Ackinclose regularly checked his bank account online, so it was “implausible” to suggest he did not realise what had happened until February 2015.

His conduct was found to be dishonest, as it was in relation to producing an amended invoice for the first payment of £900, which he had agreed as a lower fee for the work he had done without telling the firm.

He had initially denied to both the firm and the Solicitors Regulation Authority (SRA) putting his details in the emails and amending the invoice until provided with evidence of both, after which he changed his account.

The tribunal said there was a pattern of his bank account going into overdraft and seeking the payments from the client.

Further dishonesty was found in the fact that he initially denied to the SRA that he had produced the invoice, and that he misled the firm about the circumstances in which the payments came to be made.

There was one other charge relating to his work for another firm in 2017, when his practising certificate was subject to the condition that he obtain the SRA’s approval before taking on another role. He did not do this and the tribunal said he had lacked integrity in this regard.

Deciding on sanction, the tribunal found Mr Ackinclose’s motivation for his misconduct to be “his own financial benefit”. His actions were “premeditated, albeit they were not particularly sophisticated”.

The principal harm had been caused to the reputation of the profession, aggravated by the fact that the misconduct was “deliberate, calculated and repeated, and had continued over a period of time”.

He “lacked any insight into his wrongdoing”, as shown by the fact that he had denied all the allegations.

The tribunal said it had regard to Mr Ackinclose’s personal circumstances at the time, and the character references he had put forward. But a busy work routine did not amount to exceptional circumstances such as to make a strike-off unjust.

“He had chosen to take on the work that he had and that could not absolve him of the duty to be honest and ethical.”