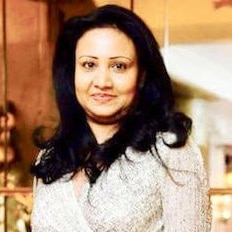 A solicitor convicted of a money laundering office after being taken in by a charismatic conman posing as the Pope’s banker has failed in a bid to remove the conditions from her practising certificate.

Buddika Kadurugamuwa was naïve but not dishonest, the Solicitors Disciplinary Tribunal (SDT) said in 2017 when explaining why it considered a £2,000 fine sufficient penalty for her misconduct.

An appeal by the Solicitors Regulation Authority (SRA) to increase the sanction was rejected by the High Court.

Ms Kadurugamuwa received a six-month suspended sentence and ordered to carry out 125 hours of unpaid work after transferring £111,400 into an HSBC account in her husband’s name when Luis Nobre told her he was closing down his account and needed to move the money. She was convicted of transferring criminal property.

The SDT also imposed a series of conditions on her PC, banning her from being a manager or owner of a law firm, or acting as a compliance officer, or having sole responsibility for client or office accounts.

Unusually, the SDT said she could not apply to vary or rescind the conditions for two years. Earlier this year, a few weeks after the two years were up, she did.

An application to a differently constituted tribunal said Ms Kadurugamuwa had been working, with the approval of the SRA, as a conveyancer first at North London firm Christopher Matthews Solicitors and now with MTUK Solicitors in South London.

She said she had strictly adhered to the conditions, which she accepted had been necessary to protect the public and ensured she did not make the same mistake again.

The tribunal noted: “The applicant confirmed that she had been supervised at work throughout her career and had no intention of setting up in practice on her own.

“She confirmed that if she was approached again in a similar situation, she would not repeat her actions and would not agree to assist anyone… The applicant stated she had been naive and had learnt a great deal since that time.”

She told the tribunal that she wanted the conditions removed as she felt that she had learnt from her mistakes. Further, they affected her day-to-day practice when applying to lenders to enroll the firm on their panels or when dealing with them.

The SRA opposed the application, arguing that the public would be concerned to see a solicitor with money-laundering convictions working unrestricted in the high risk area of conveyancing.

It said she could reapply to lift the conditions in a few years’ time when she had “mature furthered and demonstrated compliance with the conditions for more than the minimum period”.

Deciding to refuse the application, the SDT said Ms Kadurugamuwa “still appeared to be somewhat naive in her approach”.

It explained: “Whilst she made reference to the courses that she had attended, she did not provide any specific information about what she had actually learnt from those courses. The courses appeared to be generic courses for conveyancing practitioners, some of which were not relevant to the issues arising from [her] conviction…

“It was also clear to the tribunal that the applicant’s evidence was given from her own personal perspective and referred to the effect of the conditions on her, rather than showing real insight into why they had been imposed.”

The SDT noted that Ms Kadurugamuwa’s conviction was not yet spent, that removing the conditions would allow her to set up her own firm even though she said she had no intention of doing so, and that the original tribunal had expressed concern that she could in the future be manipulated by someone similar to Nobre.

“The tribunal was not satisfied that the applicant had demonstrated genuine insight and reformation of character. The applicant had been working in a protective environment with her existing employers since the conditions were imposed and it was therefore unlikely that her conduct could have been repeated.

“Indeed, the tribunal accepted the applicant was sincere in her assertions that she would not make the same mistakes again under any circumstances.

“However, the naivety, potential vulnerability and lack of full insight displayed by her in evidence did not absolutely satisfy the tribunal that there was no risk of repetition…

“The tribunal was satisfied that a member of the public would have grave concerns about a solicitor with a conviction relating to the Proceeds of Crime Act 2002 being in a position to conduct conveyancing work unrestricted.

“Given that the tribunal had found the applicant had limited insight, it could not conclude that there would be no risk to the public in the future if the conditions were lifted.”

Ms Kadurugamuwa was also ordered to pay costs of £2,200.

She first qualified in Sri Lanka before requalifying in England and Wales in 2007. She has a charitable foundation in her own name for children living in war-affected areas of Sri Lanka.