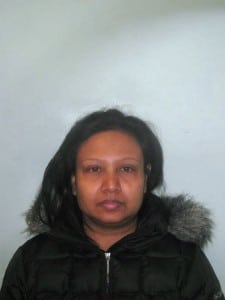 Kadurugamuwa: money to be paid back

The solicitor who safeguarded more than £100,000 of stolen cash for a charismatic conman posing as the Pope’s banker was last week spared jail after a judge heard the stress of the case has robbed her of the chance of conceiving a child.

Buddika Kadurugamuwa, 46, transferred £111,400 into an HSBC account in her husband’s name on 5 September 2013 when fraudster Luis Nobre told her he was closing down his account and needed to move the money.

Ms Kadurugamuwa was charged with transferring criminal property after it emerged that the money came from a €100m (£73m) scam Mr Nobre had pulled off against major pipe lay company Allseas Group Ltd by promising it $5bn worth of bogus bank guarantees.

As we reported last week, jurors cleared Ms Kadurugamuwa of one count of being concerned in a money laundering arrangement but found her guilty of one count of transferring criminal property after a four-month trial alongside Mr Nobre.

She was given a six-month suspended sentence and ordered to carry out 125 hours of unpaid work at Southwark Crown Court.

Gerard Hillman, defending, said “her reputation as a solicitor and a charity worker, and I use this word advisedly, will be in tatters”.

Further, he said, she was undergoing IVF treatment at the time of her arrest and was now resigned to remaining childless.

“The chance of her continuing with IVF at the time, given the levels of stress she would have been under, is simply not feasible,” said Mr Hillman. “Of all the stories of destruction of the lives of people who came into contact with Mr Nobre, perhaps this is the cruellest penalty to have been paid.”
Judge Anthony Pitts said the jury had rightly acquitted Ms Kadurugamuwa of money laundering after she had been “used” by Mr Nobre.

He said: “Everyone who spoke about Mr Nobre said that he could be a charming man and it would seem very credible. Everyone seemed to believe that he was what he purported to be or played the part of, a hugely successful wealthy investor with billions in euros and dollars in his name.

“He lived a very expensive lifestyle in London at top hotels, he dressed expensively, he was always about to be buying some hugely expensive building.

“He turned up, as you said yourself, at your offices with several black BMWs or whatever they were with security men to come and see you. Of course you were impressed by him in that sense, and you were not the only one who believed he was what he said he was.”

The judge continued: “The jury had no doubt that you at least knew or suspected this money, £111,400, was criminal proceeds and it could have been interpreted and probably was by the jury that by transferring it back into an account it was an act designed to hide it…

“It is a serious offence committed by you and although you have exceptional circumstances that help to mitigate the penalty, they cannot extinguish it.”

The court heard that the money remains in a Sri Lankan bank account and that Ms Kadurugamuwa intends to return it.

She was sentenced on the basis that the money will be returned. Judge Pitt adjourned a confiscation hearing for 28 days and prosecutors will discontinue it if all the money is paid back in that period.