Solicitor “taken in” by gangster struck off for money laundering offences 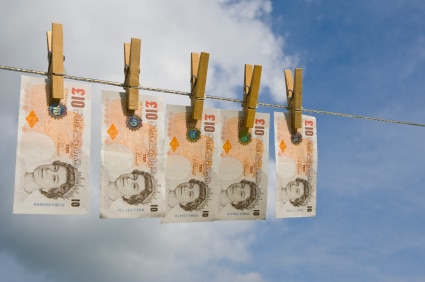 A solicitor who claimed that he “unwittingly facilitated” money laundering on behalf of an associate of convicted murderer and drug dealer Dale Cregan has been struck off.

Neil Richard Bolton was jailed for nine months last year after being convicted of seven counts of failing to comply with money laundering regulations and one count of failing to disclose his suspicions.

Though he pleaded guilty, the solicitor, born in 1961 and qualified in 1986, claimed he had been taken in by a gangster known as Billy Black, who was last year jailed for 22 years for fraud, conspiracy to supply drugs, laundering criminal cash and failing to pay back £1m under the Proceeds of Crime Act

According to press reports at the time, Mr Bolton helped Black in his illegal cash purchases of up to 28 properties, including rental homes, land plots and a housing development at a marina. He failed to do identity checks or keep proper records.

Sentencing Mr Bolton last year, His Honour Judge Field QC said: “You fell below the standards required and breached your statutory duties in a number of material respects… notwithstanding that you had reasonable grounds to know or suspect that money laundering was going on and in particular that [Billy Black] was involved in that nefarious activity.

“You allowed yourself and your professional services to be used by [Billy Black] in a whole series of transactions, purchasing a number of individual domestic properties. The plain purpose of the transactions [was] to launder criminal funds and to perpetrate various mortgage frauds.

But HHJ Field added: “This was not however a case of mere inadvertence. There were serious irregularities and deficiencies on the files that in certain respects appear systemic and as I have already said, it is plain to me that you ignored significant and serious legal and statutory duties”.

In an agreed outcome with the Solicitors Regulation Authority that was approved by the tribunal, Mr Bolton accepted that he would be struck off.

In his mitigation, however, he noted that Billy Black “had previously used several firms of solicitors who must also have been duped by him”.

Mr Bolton also admitted to separate charges of making a personal unsecured loan of £60,000 to a client who did not obtain independent legal advice, providing a banking facility through the firm’s client account, and failing to ensure that lender clients were advised of all material facts pertaining to property transactions.