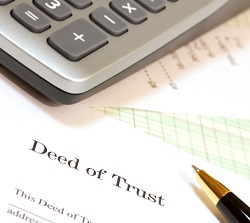 A solicitor has been suspended for his role in his firm acting for a client that scammed elderly people out of £500,000 with so-called estate preservation trusts (EPTs).

However, the Solicitors Disciplinary Tribunal (SDT) ruled that Kevin Ross, as well as the firm Brown Turner Ross (BTR) and David Bushell, were not aware that the client’s business was fraudulent.

BTR – which was itself a named respondent before the tribunal – is a firm with offices in Southport and Liverpool.

The ruling did not name the client but referred to regulatory settlement agreements with two employees from January 2018. These were the staff who dealt with the day-to-day work.

We reported in January that a CILEx member and assistant solicitor at the firm were rebuked and fined £2,000 – the most the Solicitors Regulation Authority can sanction individuals without referring them to a tribunal – and the former was also banned from working in solicitors’ firms without permission from the regulator.

In 2012, unregulated business Goldstar Law started to approach elderly people to sell them EPTs, which it said would prevent or ring-fence their properties and savings from being sold or used to fund future care costs.

Goldstar was subsequently wound up by the High Court and directors successfully prosecuted for scamming elderly people of £500,000.

Goldstar required customers to pay an up-front fee of £1,995 and referred them to BTR to prepare the EPT. Over a 12-month period, BTR handled around 116 EPTs.

The EPT transferred assets, such as homes, into a trust. This meant Goldstar customers would no longer own the asset in their own name; rather, it would be held by the customer as a trustee, jointly with another trustee who was usually a family member.

The tribunal found that, though Mr Ross had drafted a letter for customers to clarify that the firm acted for Goldstar and they would need to take their own advice, this was never actually sent to any of them, while the firm also dealt with queries from customers.

The respondents accepted that they should have been clearer in their correspondence with Goldstar’s customers, but argued that this did not amount to misconduct.

However, the tribunal found that they had failed to inform individual customers that: BTR acted for Goldstar alone; BTR had not determined whether the trust deed was appropriate for the individual or would effect their wishes; and the customers may wish to seek independent legal advice before signing it.

This was a “serious failure” on the part of Mr Ross. He had focused on his firm’s business and financial needs “rather than giving adequate consideration to the transaction from the perspective of the end user”, and thereby allowed his independence to be compromised.

This showed a lack of integrity, the SDT concluded.

There was a similar finding over Mr Ross, Mr Bushell and the firm’s failure to respond properly to warnings over Goldstar’s operation, especially after they were contacted by Trading Standards.

However, the SDT rejected the allegation that the two solicitors had acted dishonestly, finding that they “genuinely believed they had a limited, technical and legitimate role to play” on Goldstar’s behalf.

Further, the judge in the criminal trial of Goldstar’s directors specifically stated that the solicitors were not involved in any dishonesty.

The SDT said: “The tribunal found the business of [Goldstar] to be distasteful and the involvement of the respondents with it to have been handled shoddily…

“Ordinary decent people would find the respondents’ actions in response to the concerns which were or should have been present to have been inadequate but not dishonest.”

In deciding sanction, the SDT said the motivation for the misconduct was not financial gain – had it received all the fees it expected for the work, the profit would have been £24,000 – but it was aggravated by the nature of Goldstar’s clients.

Any problems with the effectiveness of the EPTs would only come to light many years in the future, it added.

The respondents “ought to have known that becoming involved with a business like [Goldstar], especially as public agencies such as Trading Standards and the Insolvency Service started to make enquiries, risked significant harm to the profession and this also aggravated the misconduct”, the SDT said.

But it noted in mitigation that the firm continued to work without pay to complete the instructions taken when it decided not to accept any more new work.

A BTR spokesman said: “Throughout our dealings with Goldstar, the firm acted in good faith. When Goldstar ceased communicating with its customers, Brown Turner Ross honoured the commitments that had been made to the individuals, retaining the integrity of the original agreements and demonstrating a duty to the customers that Goldstar had failed to show at our own cost.

“Led by managing director Samantha Bushell, the firm is entering its 135th year providing legal services. With a dedicated, knowledgeable and experienced team at Brown Turner Ross, we will continue to provide the highest-quality legal advice and cost-effective solutions to our clients.”