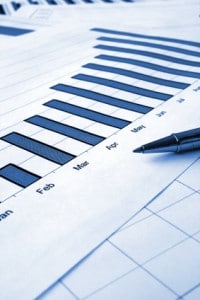 A solicitor involved in boiler-room scams has been suspended from practising for 18 months by the Solicitors Disciplinary Tribunal (SDT).

Andrew Lawrence Greystoke, of Atlantic Law, London, had already been found guilty by the then Financial Services Authority (FSA) to have recklessly signed off the approval of 50 UK investment advertisements issued by unregulated Spanish stockbroker firms.

He did so without taking reasonable steps to ensure the advertisements were clear, fair and not misleading, and despite having reason to doubt that the Spanish firms would deal with UK consumers in an honest and reliable way.

Mr Greystoke accepted these Spanish firms were boiler-room share scam operators – so called because they involve high-pressure selling of questionable stocks – and that he had approved their advertisements despite being aware of complaints. In May 2010, Mr Greystoke was permanently banned from working in any capacity in financial services by the FSA and he and Atlantic Law were also fined £400,000.

In a case brought last week by the Solicitors Regulation Authority (SRA), the SDT decided that Mr Greystoke’s involvement meant he had acted with a lack of integrity, behaved in a way which compromised or impaired his good repute or that of the profession, behaved in a way that was likely to diminish the trust the public placed in him or in the legal profession and compromised his independence.

Mr Greystoke did not attend the hearing, but in a written statement told the tribunal that he maintained a genuine belief that his actions were lawful, and that he was taken advantage of by the foreign companies concerned. He rejected the suggestion that the financial promotions were carelessly or improperly prepared.

The tribunal said it had taken the view that, by authorising financial promotions on behalf of offshore boiler rooms, Mr Greystoke had failed in his role as a gatekeeper and that the public had suffered real harm in consequence. To make matters worse, he took the risk of approving those promotions knowing the danger that acting for boiler rooms posed to the public.

The tribunal also said that it took the view that Mr Greystoke had no genuine insight into the effect his conduct had had on the victims of the boiler room promoters. As well as suspending Mr Greystoke, the SDT ordered him to pay £80,000 towards costs, the final amount of which has yet to be decided.

Gordon Ramsay, SRA director of legal and enforcement, said: “Mr Greystoke admitted to the FSA that he approved advertisements for these Spanish firms despite knowing of complaints about the schemes. He failed to uphold the SRA Principles and betrayed the trust put in him by members of the public.”

Mr Greystoke has not practised as a solicitor since 2011 and does not currently have a valid practising certificate. He has 21 days from the publication of the SDT’s decision to appeal.

But in a statement issued this afternoon, he said: “This prolonged, expensive and unnecessary regulatory investigation has underlined two simple truths: first, that I was naïve but not responsible for eventual investor losses; and second, that I did not compromise my honesty or integrity – both of which I have maintained in my practice at all times. This decision is a vindication of my position and is consistent with no fine or effective sanction being imposed on me by the SDT.

“The SRA has known from the outset that I was prepared to remove myself from the solicitors’ roll and that I do not have the funds to pay costs incurred by the SRA simply to order this superfluous suspension. The SRA was advised at the outset that I no longer practice as a solicitor and have no intention of doing so.

“I had no reason to believe the companies were acting as boiler rooms until after the FSA presented evidence at tribunal which had hitherto been hidden from me. I was totally unaware during my dealings with the companies that there were any outstanding complaints, yet the FSA were aware of thousands and deliberately kept me in the dark. The FSA has always accepted that had I been aware of these complaints, I would have no longer issued financial promotions approvals for these companies.

“The FSA and SRA proceedings have consumed more than £900,000 of public and the profession’s money without hope of any significant recovery. The unwitting investors of tomorrow are unlikely to take comfort from a regulatory regime which fritters away funds on misdirected vanity prosecutions.”