Solicitor suspended after being taken in by scam 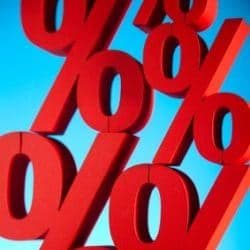 A solicitor has been suspended for five years after becoming entangled in a financial scam and unwittingly using her professional status to rope in other victims, as well as losing money herself.

Shama Lalani (nee Hussain) was treated leniently by the Solicitors Disciplinary Tribunal, which decided against striking her off for reasons including that she lost her own money and also alerted the authorities to what was happening.

In an agreed outcome with the Solicitors Regulation Authority (SRA) approved by the tribunal, the solicitor admitted she had acted recklessly by causing or inducing others to invest in a company even though the scheme bore hallmarks of a dubious financial arrangement.

The tribunal found the scheme, which offered unrealistically high returns on investment, was foreseeably ‘too good to be true’.

The allegations against her included that she had falsely claimed not to be a solicitor, failed to comply with an undertaking given to one of the investors, and had made abusive comments about the other one in a telephone call which the investor and his lawyer were on.

Ms Lalani was admitted in 2003. She was employed for seven months as a solicitor at Reorient Ltd and as a partner of The Morley Partnership for 18 months until it closed in September 2013.

Both victims of the scheme complained to the SRA about her conduct in late 2016.

The scheme was run by a man, NA, with whom the solicitor began a personal relationship in 2011. She first invested £10,000, having been guaranteed a 300% return after 14 days or her money back.

She was given a post-dated cheque for £30,000 soon afterwards, which she later claimed convinced her the scheme was genuine. Thereafter she loaned the scheme £37,000.

Meanwhile, she had contacted the first investor – called Person A in the judgment – and encouraged him to invest in the scheme, saying she had done so successfully herself. He duly agreed to loan £35,000 with a return of £140,000 in two weeks.

NA offered to secure the loan with a charge on a property with the consent of the owner, but Ms Lalani failed to check the security or register a charge. The expected return was not made and no funds were returned.

In the meantime, asked by NA to procure further funds, the solicitor convinced an associate of the first investor, Person B, who said he would lend money if it was secured.

He paid £56,000 into the scheme on the assurance it had a personal guarantee by Ms Lalani, signed by her on her personal headed notepaper. It said she was a solicitor and might be struck off the roll if she did not satisfy the guarantee.

Person B later asked her to honour the guarantee. She did not do so and instead instructed solicitors and reached a settlement under which she paid £14,000.

Soon after the original investments were made, the solicitor received an investigator’s report that NA was a fraudster. She reported this to the police and the SRA.

Much later, in 2016, the solicitor repeatedly referred to Person A as a “dumb fuck” and “stupid” when she knew he was listening on a speakerphone. His solicitor described her abuse as “outrageous” and “gratuitous”.

In non-agreed mitigation, Ms Lalani said she had been taken in by NA at the time and was used by him. She had done some due diligence, such as confirming his identity and doing a general internet search.

At no time did she act as a solicitor for persons A or B, and apologised for using bad language on the telephone call.

Approving the agreed sanction of five years’ suspension and restrictions on future practise – including a ban on holding client money and only being allowed to work as a solicitor in an employed capacity with the SRA’s approval – the tribunal found she genuinely believed in the scheme and had responded spontaneously to what she thought was a good opportunity.

She had reported the fraud to the police and SRA once her suspicions about the scheme were confirmed.

Also mitigating the misconduct were that it happened over “over a relatively short period of time in an otherwise unblemished career” and she had demonstrated “genuine insight”.

The SDT said there had been harm both to the two investors and to the reputation of the profession, because the solicitor “had acted with a lack of integrity in the dubious investment scheme”.

The scheme’s “unrealistically high returns” meant the harm caused was “reasonably foreseeable”. That it had been “too good to be true” was an aggravating factor.