Solicitor struck off after US bribery conviction 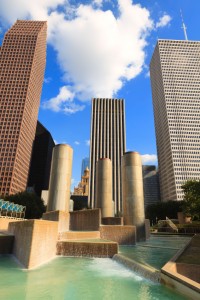 A solicitor has been struck off following his jailing for bribery charges in the US, in what is thought to be the first prosecution brought by the Solicitors Regulation Authority (SRA) where a solicitor was convicted overseas.

The Solicitors Disciplinary Tribunal (SDT) struck off Jeffrey Tesler last week. He was jailed for 21 months in February 2012 after a Houston, Texas court found him guilty of conspiring to channel bribes to politicians and officials.

Following a contested extradition from the UK, Mr Tesler pleaded guilty to conspiring to violate the Foreign Corrupt Practices Act and to violating the Act through participating in a decade-long scheme to bribe Nigerian government officials to obtain engineering, procurement and construction contracts to build liquefied natural gas facilities on Bonny Island, Nigeria, valued at more than $6bn.

He admitted that he acted as a middleman for the consortium and routed the payments through bank accounts in Monaco and Switzerland between 1994 and 2004. Mr Tesler arranged for $1m (£635,000) in $100 notes to be passed to a politician to finance a political party in Nigeria.

As well as his jail term, he was given two years’ probation and agreed to forfeit more than $148m (£94m) from accounts in 12 Swiss banks and four from Israel, the traceable proceeds from the bribery.

The tribunal found that Mr Tesler’s actions constituted a failure to act with integrity and a failure to uphold the confidence the public has in the profession. As well as striking him off the roll, the tribunal ordered Mr Tesler to pay £7,000 costs.

Mr Tesler has 21 days from the publication of the SDT’s decision to appeal.

In what is said to be a transcript of his submission to the judge who sentenced him in 2012, Mr Tesler said: “I have nothing left to live for except to spend the last few years, which God may graciously grant me, to seek forgiveness and to be back with my family in England as well.”