Solicitor struck off for smuggling drugs for inmates 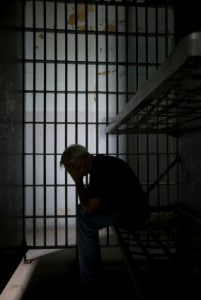 A solicitor jailed for smuggling drugs and mobile phones into prisons for inmates was last week struck off by the Solicitors Disciplinary Tribunal (SDT).

Ritesh Brahmbhatt was jailed for six years in March 2012 for two offences of taking contraband into prisons using oversized shoes.

Sniffer dogs alerted guards to drugs on Mr Brahmbhatt, and it was found he was wearing shoes three sizes too big.

At his trial in September 2011, he admitted to Blackfriars Crown Court two cases of smuggling contraband into inmates at Pentonville in 2009 when working for Mordi & Co, and then into Winchester in 2011 while on bail for the first offence and while working at ST Law Solicitors.

Judge Deva Pillay said when sentencing Mr Brahmbhatt: “You have abused the trust placed in you as a solicitor while showing arrogance and contempt for the rule of law.”

In a case brought by the Solicitors Regulation Authority (SRA), the SDT agreed that Mr Brahmbhatt had failed to uphold the rule of law, failed to act with integrity and had behaved in a way that was likely to diminish the trust the public placed in him or in the legal profession.

As well as striking him from the roll, the tribunal ordered him to pay £2,149 costs.

Gordon Ramsay, SRA director of legal and enforcement, said: “It is worth echoing the words of the sentencing judge. Solicitors occupy positions of trust, and also have a duty to uphold the rule of law.

“Mr Brahmbhatt abused the trust placed in him and failed to uphold his professional obligations, so striking him off and ensuring he cannot work as a solicitor when he is released is a wholly appropriate punishment.”

Mr Brahmbhatt has 21 days from the SDT’s publication of its judgment to appeal.