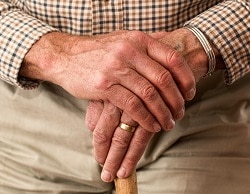 A sole practitioner who misappropriated over £170,000 from four vulnerable clients in her role as court-appointed deputy has been struck off by the Solicitors Disciplinary Tribunal (SDT).

The SDT heard that Susan Louise Lowe admitted all the allegations against her, apart from dishonesty.

Instead, her counsel argued that she “got into a muddle” and “acted throughout in the best interests of her clients”.

However, the tribunal found that in the case of two clients who died, Ms Lowe knew from the date of their death that she was no longer a deputy and had no authority to make loans or take costs.

“The respondent was very familiar with the relevant rules which applied in a field of law in which she was experienced and indeed, in which she appeared to be an expert.”

In the case of a third client, the SDT said Ms Lowe had taken payment on 16 occasions over a two-year period of costs amounting to over £26,500 when a deputyship order had ended and she “knew she was not the deputy”. Further, she did not raise any bills of costs or provide written notifications.

The tribunal said that, in this case, Ms Lowe had “not only made an improper transfer, which had been done dishonestly”, but she had made a false statement to the Solicitors Regulation Authority (SRA) and “created a false memorandum which gave an untrue explanation for the transfer”.

The tribunal said that in July 2017, at a point where she was legally represented, Ms Lowe had admitted dishonesty, an admission she later withdrew, claiming she had been “broken” by the disciplinary process” and very depressed at the time.

The tribunal noted that at the time of the misconduct, “there was no evidence” about Ms Lowe’s mental health, although there was a doctor’s letter linking “a number of difficulties” Ms Lowe was experiencing in the summer of 2017 to an underlying medical condition.

Ms Lowe was born in 1965, admitted as a solicitor in 1998, and worked as a sole practitioner from June 2006 at Lowe & Co. The firm was based in Marston Mortaine, Bedfordshire until October 2016, and then in Newport Pagnell.

Ms Lowe specialised in private client work relating to the Mental Capacity Act 2005 and acting as a deputy appointed by the Court of Protection.

An inspection of the firm’s books by an investigator from the SRA in October 2016 found a shortage of over £60,000 on client account as a result of improper transfers between deputyship accounts and office account.

Ms Lowe also admitted taking payment of management costs in relationship to her appointment as a deputy amounting to over £222,000, without getting them assessed by the Senior Court Costs Office.

Rejecting her arguments that she had not acted dishonestly, the SDT said that in the case of one client, Ms Lowe began to take costs and make loans shortly after her death even though she knew the identities of the beneficiaries and that she was not entitled to take these steps.

The loans were repaid when the client’s property was sold, but the tribunal said this did not mean the original action was honest.

It went on: “The respondent knew that she was in a fiduciary position, acting for a vulnerable client and thereafter was required to protect the assets of the estate, pending its administration and distribution”.