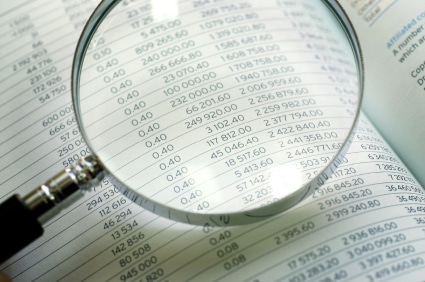 The Solicitors Disciplinary Tribunal (SDT) has struck off a solicitor who took £112,000 of historic client balances, having twice rejected agreements between him and the Solicitors Regulation Authority that he would instead just remove himself from the roll.

Hull solicitor Andrew John March told his fellow director that he was transferring the funds to office account because “we needed the monies”.

The practice of the SRA and respondent solicitors putting statements of agreed facts and outcome before the SDT – instead of going through a full hearing – is becoming increasingly common but unusually in this case the tribunal twice rejected an earlier version under which Mr March undertook to remove himself from the roll and not apply to be reinstated.

This was because the tribunal thought the admitted misconduct was of such gravity that a voluntary removal from the roll was not appropriate. It also wanted an explanation as to why the SRA had withdrawn an allegation of dishonesty.

“The tribunal was entitled to know the basis upon which the SRA case had changed its position and would not be acting in the public interest if it failed to scrutinise such a change in the prosecution properly,” it said in the latest ruling.

In an earlier stage of proceedings, his solicitor said that Mr March’s ill-health was preventing him from engaging with the proceedings and that he would admit to all of the allegations, including a failure to act with integrity, with the exception of the allegation of dishonesty.

According to the agreed facts, in December 2014, Ward Legal began “reviewing historic ledger balances on files” and raising invoices to transfer funds from client to office account under the instruction of Mr March.

However, Mr March had not “satisfied himself, prior to the invoices being raised and the sums being transferred pursuant to them, that the sums were properly due in payment of the firm’s fees”.

Pro forma records were created, “purporting to record the existence of ‘evidence’ to support billing, when no such evidence had been identified”.

The law firm’s cashier raised concerns with Mr March “as to the legitimacy of the transfers being made”. Mr March, the firm’s COFA, sent an email to his fellow director stating that “I took a view, we needed the monies”, while failing to establish that the client money was due to the firm.

Furthermore, the SDT heard that “in many cases the firm did not have an address or other contact details for the clients on the matters in respect of which invoices were raised, and so invoices could not be sent to clients, or clients otherwise notified of the proposed transfers, prior to the transfers being made from client account to office account”.

In other cases, the firm “held documents” which would have enabled it to establish that the “sums billed were not properly due”.

He admitted breaching the accounts rules by making the transfers from client account, failing to remedy the breaches promptly and failing to report the serious financial difficulty experienced by the firm to the SRA.

Mr March admitted allowing “his own money” to be placed in and withdrawn from client account and, as COFA, failing to “record or report” to the SRA material breaches of the rules.

In mitigation, Mr March provided medical evidence to show that he was also suffering from ill health during the relevant period.

Mr March had no previous adverse disciplinary or regulatory history and has not practised since December 2015.

The SDT ruled that his conduct “had taken place over a long period of time and had been repeated”, and the proposed sanction of striking off was “reasonable and proportionate”.