Solicitor struck off for role in Ponzi scheme 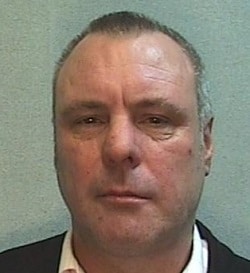 A solicitor jailed for his role in a Ponzi scheme – in which he used his professional credentials to persuade people to invest– has been struck off.

The sentencing judge, His Honour Judge Kearl QC in Leeds Crown Court, found Pickard to be the main fraudster’s “lieutenant”, saying that he was vital to the fraud and “provided respectability through your then solicitors’ firm, whose name you have dragged through the mire”

The judge said the fraudulent schemes had “left people suffering from stress-related illnesses, anxiety, clinical depression, feeling suicidal, having to change their lifestyles, worrying about their houses and some selling their homes”.

The Solicitors Disciplinary Tribunal said Pickard’s misconduct “had caused colossal harm to members of the public and the reputation of the profession”.

Striking him off, the tribunal said he was motivated by “greed and desire for personal financial gain”, it concluded.

Pickard was born in 1959 and qualified in 1986. He helped serial fraudster Keith Wharton – who was jailed for 12 years – run a scheme that falsely promised a huge return on investment.

Pickard acted as Wharton’s gatekeeper and was used to give credibility to the scheme, making false claims about Wharton’s track record and wealth.

Between early 2010 and August 2010 around a dozen investors put £1.7m into the scheme. A further scheme was then launched in 2011 and another six investors were conned into handing over a further £500,000.

Pickard was convicted on three counts of dishonestly making a false representation to make gain for himself and/or another or cause loss to others/expose others to risk, and one count of concealing, disguising, converting, transferring, or removing criminal property.